Every so often, I get a single in for review. Two recent releases are of particular note and merit. So that justifies a rare Saturday post from me. No fooling. 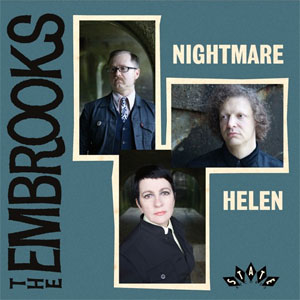 The Embrooks – “Nightmare” b/w “Helen” (State Records)
Anytime a publicist uses the word “freakbeat” when describing music sent for possible review, my curiosity is piqued. Even though the term didn’t exist when most of the music in that style was originally made, freakbeat describes a particularly punchy, hooky and high-octane kind of late sixties rock, usually from the UK or the continent.

Well, forget all of that, because while The Embrooks embody everything that was exciting about the sound of ’66 London, they exist in the here and now. “Nightmare” b/w “Helen” is the trio’s first new recording in a half decade, and it’s a corker. Suffice to say that if you think Sell Out era Who, Pretty Things and such are the bees’ knees, you need this, even if it only has two tracks. “Nightmare” is a malevolent stomper, while “Helen” is a shade poppier, but both have all the fuzz, distortion and harmony you could ever hope for. Splashy Moon-like drums, thundering bass lines and janglefuzz guitars abound. A delight, recorded in glorious back-to-mono. 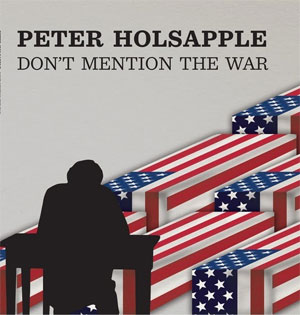 Peter Holsapple – “Don’t Mention the War” b/w “Cinderella Style” (Hawthorne Curve Records)
Peter Holsapple is one of my absolute, hands-down favorite lyricists. His work with the dBs is absolutely littered with gems, and – unlike most in popular music – his gifts only seem to improve with age. As much as I dig an 80s-era track like “Amplifier,” the collaborative projects he did with sometime bandmate Chris Stamey are even better. “Angels” from Mavericks, to cite but one example, is an absolute classic. And when the dB’s reformed a few years back, Holsapple’s “World to Cry” stopped me in its tracks with its lyrical depth and clever (but never too-clever-by-half) wordplay.

When I saw the title of Holsapple’s latest single, I wondered at first if it would be a humorous tune, what with (what I assumed was) the Fawlty Towers reference and all. I couldn’t have been more wrong; instead, it’s a heartfelt song about a veteran who’s returned home. A sad and melancholy number, “Don’t Mention the War” feels a bit like early ’70s Neil Young (Crazy Horse era), but with the indelible character of the North Carolinian singer-songwriter. At six-plus minutes, it’s long for a single, but the song deserves the time it takes to unfold. While it maintains an almost dirgelike pace, the track boasts a brief, blistering electric guitar solo courtesy Holsapple.