As I’ve mentioned in previous posts, these days I spend the majority of my time writing for print publications. Altweeklies across the USA, music and entertainment magazines in the U.S. And abroad, and so on. But I continue to receive CDs for potential review, and while I’ve had to make the “gatekeeping” more stringent, I still end up with a huge pile of discs that are so good, I’ve simply got to write about them. For many years I did this in the form of “hundred-word reviews.” But for now – probably temporarily, possibly for good – I’m dispensing with the self-imposed 100-word rule, and instead providing an even more boiled-down critical summation of those albums. Here are 35 such micro-reviews: 25 new releases, and 10 archival and/or reissue titles. 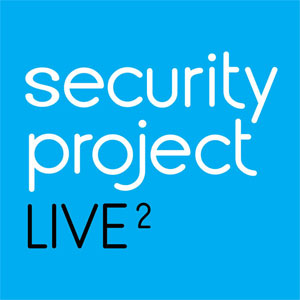 Security Project – Live 2
Veterans of Peter Gabriel’s studio and touring groups (plus others) have released this, their second live album of songs from Gabriel’s back catalog, and it’s every bit as good as the first, showing the high quality of Gabriel’s songwriting. The group has since changed singers; no word on how that will affect the quality going forward.

Loveland Duren – Next
The second album from Memphis vocalist Vicki Loveland and legendary musician Van Duren, it’s a collection of adult pop. A true collaborative effort – all nine songs are co-writes – it rarely rocks, but then that not the point of these songs. The duo’s strong point — well, one of many, actually — is its lyrics.

Harvey Mandel – Snake Pit
A superb guitarist who rarely gets his due, Mandel was well-served by a recent (well, 2015) box set of his best albums. This new recording shows he still has plenty of fire left in him. The production aesthetic won’t please everyone – in places it’s reminiscent of Herbie Hancock’s 1980s work, of all things – but the playing is stellar.

Cary Grace – The Uffculme Variations
This American expat living and working in the UK makes some intriguing albums. Primarily an analog synthesist, Grace leads her band though live readings of a half-dozen originals. She’s possessed of a haunting and commanding voice; this prog-leaning set may suggest to some listeners Steve Hillage with a focus on synths instead of guitars.

Deniz Tek – Mean Old Twister
this American guitarist-singer is best known as a member of Australian punk group Radio Birdman, but of late he’s more closely associated with the fine powerpop/rock group Donovan’s brain. This mean ‘n’ potatoes set of barbed-wire rock ‘n’ roll is recommended to anyone who digs either, as well as anyone who appreciates straightforward, non-filigreed rock.

Rev. Billy C Wirtz – Full Circle
The irrepressible Reverend looks like a hippie version of Glen Campbell, and sounds like a smart-aleck cross between a honkytonk hero and a roots rocker. Ably backed by the Nighthawks, Wirtz turns in a set of funny, clever, rockin’ tunes. A treat.

Various Artists – Twelve String High
If you like powerpop, you need this. If you swoon at the sound of a chiming electric twelve-string, you simply must hear this collection. Some of the acts on this Spain-originating project will be familiar to pop aficionados; others won’t. It’s all wonderful. Enough said.

Aggregate Prime – Dream Deferred
Like Mr. Berry, I’ve got no kick against modern jazz. If you don’t either, do check out this high energy set featuring some of today’s biggest names (Vijay Iyer, Mark Whitfield et. al). The complex tunes often feature three and four separate melodies going on at once – guitar, bass, piano, sax – but that’s half the fun with this kind of jazz. You may not be able to follow it, but it’s a thrill ride nonetheless.

Kaipa Da Capo – Darkskapens Monotoni
Roine Stolt seems to be vying for the Steven Wilson Workaholic Award: in addition to collaborations with Jon Anderson, tours with Steve Hackett and other endeavors, he’s found the time to make this soaring, majestic record, one that’s in a mainstream-prog vein not unlike Blackfield, but with hints of Yes-style ambition and innovation. Fans of Dungen will be pleased to learn that all the lyrics are in Swedish.

Mr Huw – Gwna Dy Feddwil I Lawr
Speaking of languages I don’t understand, here’s an album by a Welsh outfit. The music is indie-pop of a flavor not unlike New Zealand’s stable of Flying Nun acts. There’s a kind of modern Merseybeat to the songs, with lovely – if indecipherable – vocal harmonies. The boxy, modest production values – think Cleaners from Venus – suit the songs perfectly. Catchy melodies abound.