Album Review: The Jigsaw Seen — For the Discriminating Completist 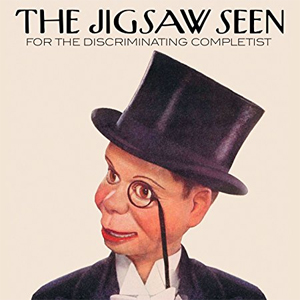 File next to: Baby Lemonade, The Who, Fountains of Wayne

Laboring just below the radar for more than a quarter century, Los Angeles-based The Jigsaw Seen have been releasing consistently satisfying records since its 1990 debut, Shortcut Through Clown Alley. The group’s body of work shows its musical inventiveness and effective synthesis of a wide array of influences. Though they’ve never had a major hit-proper (they did earn a spot on Rhino’s Children of Nuggets box set), this new compilation serves well as both a kind of greatest (non-) hits and – as the title suggests – a tidy odds-and-sods collection. Group mainstays Jonathan Lea and primary songwriter Dennis Davison have a knack for creating high-octane tunes that emphasize the power in power pop. For the Discriminating Completist is filled with undiscovered gems. With any luck, the title of the opening track “The Best is Yet to Come” is a prescient one.