Dennis Coffey was part of a new venture, the Producer’s Workshop, led by legendary Motown bassist James Jamerson. As he recalls in Guitars, Bars and Motown Superstars, “Motown had already got rid of its staff producers who were hitless, so the remaining producers continued to develop their ideas during the sessions themselves.” The Workshop kept the guitarist-producer four nights a week. “I’d do the workshop for two and a half hours at night, and by ten o’clock at night I was at Holland-Dozier-Holland, doing sessions over there half the night.” 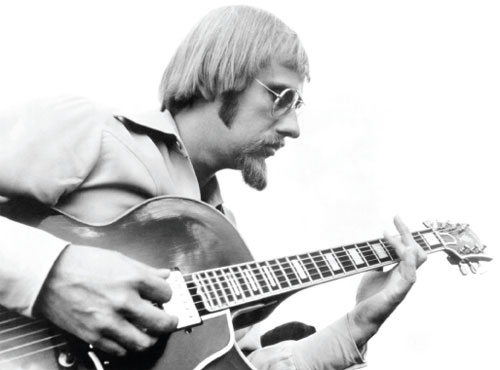 He was also producing other acts with business/production partner Mike Theodore. “We were doing arrangements, too. Companies were willing to pay for big orchestras and stuff.” Coffey chuckles when he recalls how jaded he and Theodore got in those days. “We’d look up weird instruments in a book. We’d find a guy who played one of ’em, call him up and ask, ‘What does this do?’ Then we’d say, ‘Okay, come on to the session; we’ll try it out on something.’ Those were the good times.”

Despite all this activity, Coffey still found time to play clubs regularly. A series of professional, multi-track recordings captured the soul-jazz trio he was playing with in those days. While those tapes sat unheard for nearly a half century, archival jazz label Resonance Records worked with Coffey to bring an album to release. Recorded in 1968 at Morey Baker’s Showplace Lounge, Hot Coffey in the D is nearly an hour of instrumental workouts that sizzle and smolder in equal measure. The trio’s extended meditation on Jimmy Webb‘s “By the Time I Get to Phoenix” anticipates a similar treatment a year later by Isaac Hayes on his Hot Buttered Soul LP.

The Burt Bacharach/Hal David tune “The Look of Love” gets the soul-jazz treatment on Hot Coffey in the D as well; the trio coaxes nearly twelve minutes of sultry melody out of the pop tune. One of two originals in the set, “Fuzz” opens the disc with some of Coffey’s trademark slow-burn, distorted fretwork, plus seamless interplay with organist Lyman Woodard and drummer Melvin Davis. “I’d get a chord sheet and I’d learn the song,” Coffey says. “I’d give Lyman the sheet, tell Melvin to play whatever, and we’d go.” 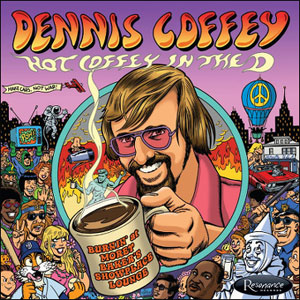 Coffey was adept at playing in whatever style a session needed, but for his own music around this time, he was moving in the direction of what he calls “a psychedelic kind of jazz-soul.” In fact, he would open for the MC5 at Detroit’s famed Grande Ballroom. “Our thing was organic,” he says. “It was developed by our talent. We never played the same song the same way twice. I still don’t.”

Though his music sounds very little like Coffey’s, jazz great Wes Montgomery was one of Coffey’s major influences. “I got to know Wes,” Coffey says. “I used to sit in front and watch him play all the time. All the guitar players in town went to see him, because he was so innovative. And when I heard him I said, ‘Man, that’s it! I need to get over in that direction!’”

In December 1971, Coffey’s “Scorpio” was storming the charts. So popular was it that he became the first white artist to appear on the syndicated weekly TV program Soul Train. Introducing Coffey and his band mates – Babbitt on bass, organist Eric Morgan, Andrew Smith on drums and conga player James Barnes – host Don Cornelius said that the group “play their instruments with conviction.”

Around that time, Coffey and Theodore (doing business as Theo-Coff Productions) were under contract to Clarence Avant’s Sussex Records. Coffey had discovered Detroit singer-songwriter Sixto Rodriguez, whose life and career are chronicled in the 2012 documentary Searching for Sugar Man. Coffey and Theodore produced Rodriguez’s 1970 debut album Cold Fact. And there were still plenty of session dates for the guitarist, at Motown and other Detroit-based labels.

But Berry Gordy decided to move Motown Records from Detroit to Los Angeles around 1973. “That was about the same time that Mike Theodore and I moved out to California, anyway,” Coffey recalls. Motown’s exit “created a giant creative vacuum and a giant money vacuum,” Coffey believes, “because there was no longer a major label in Detroit. Motown was so hot that anybody in Detroit could get deals; that was the economic engine.”

By the time Coffey returned to Detroit, things were really tough for musicians there. “Most of the guys were in the Detroit Symphony Orchestra, and the show players were more or less just doing club gigs.” Faced with the economic realities, Coffey switched careers. By the mid 1980s he was employed by General Motors; he held a series of jobs in the automotive industry, and returned to school, earning both Bachelor’s and Master’s degrees. He would become a sought-after training consultant. But by the 1990s he would return to music. 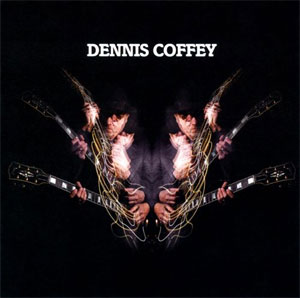 More recently, buoyed by his belatedly increased profile thanks to his appearance in Standing in the Shadows of Motown and the then-upcoming Searching for Sugar Man, Coffey recorded and released a self-titled album. Enlisting the talents of many current-day vocalists (The Detroit Cobras’ Rachel Nagy, Mayer Hawthorne, Paolo Nutini, The Dirtbombs’ Mick Collins), Coffey cut new, super-funkified versions of classic tracks, tunes on which he had been the session guitarist back in the ’60s and ’70s. Dennis Coffey also included some of the guitarist’s trademark instrumentals, new songs in the vein of his ’70s classics “Scorpio,” “Taurus” and Finger Lickin’ Good‘s “Some Like it Hot.”

Already there are plans for another Dennis Coffey album – maybe more session tapes from that cache of live recordings cut at Morey Baker’s; maybe something new – but either way, Dennis Coffey remains as busy as ever, immersed in music. He has been playing live onstage every Tuesday night for the last seven years at Detroit’s Northern Lights Lounge. “I have my amplifier there, just like I used to,” he laughs. “They bring it up from the basement every week for me.”