In the histories of power pop, indie rock and college rock (and whatever you want to call the musical scene that bubbled under in North Carolina several decades back), there’s one band that elicits approving nods whenever it’s mentioned. Sneakers never released a full album and played only a tiny handful of live shows, but the band is an important part of those histories. More to the point, Sneakers left behind a tidy pile of catchy songs that are full of clues about the subsequent direction of the band’s members.

Sneakers was (and is, but we’ll get to that in a bit) guitarist Chris Stamey, bassist Robert Keely, Will Rigby on drums. (Guitarist Rob Slater was there in the early days, too, but with due respect to his contributions to Sneakers, you won’t see his name again in this story.) If you’re a fan of any of the aforementioned rock subgenres, at least a couple of those names will be familiar to you. Stamey and Rigby would go on to – among many other things – The dB’s, one of the most celebrated bands to come out of North Carolina. 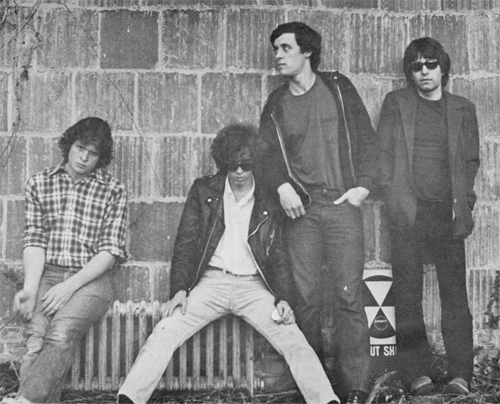 And helping out in various ways with Sneakers was another name you’ll recognize: Mitch Easter. Years before producing R.E.M. and fronting Let’s Active, Easter was a key (he’d probably prefer the word peripheral) part of the Sneakers story. “First of all, Sneakers is Chris’ baby,” he says.

Chris Stamey is (a) currently very busy with a number of projects and (b) well known for his reluctance to doing interviews. But when I set out to learn more about the history of this somewhat obscure band, Mitch was quite happy to sit down with me and chat. During that conversation – backstage before an actual Sneakers gig, but again, we’ll get to that a bit later – I said a brief hello to Stamey and chatted a bit with Robert Keely.

Chris described the bassist to me as “a real keeper of the flame for Sneakers. He’s somewhat of an historian as well for everything about that period of the North Carolina rock scene.” I followed up with Keely some time later, and he was kind enough to share some thoughts on the band. You’ll find his observations sprinkled here and there throughout this story. 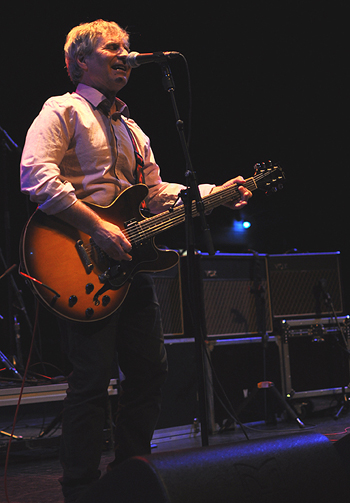 Though as early as 1972 there had been a band called Rittenhouse Square, featuring Chris, Mitch and Peter Holsapple (and Bobby Locke, another guy whose name won’t reappear in this particular story, so never mind), and though that heavy band actually recorded a number of tunes, the pre-history of Sneakers can actually be said to have begun with a band called the Pedestrians.

“They played once, I think,” laughs Easter. “And that was kind of legendary.” Chris Stamey was “moving into a front man role” with his new material, Mitch recalls. “He wrote this batch of songs … great songs. He was playing an acoustic guitar and singing a lot, but the neck of the acoustic guitar was broken. Which was … memorable. And kind of traumatic, too.”

The chronology gets fuzzy; Easter says he wasn’t really in that band, either. “But I played acoustic guitar on the session.” One figures that somebody had to, what with Stamey’s guitar being broken and all. “I’ve known Chris for a really long time, and whenever he asked me to get involved in things, I would do it.”

Mitch relates Chris’ version of the story since Chris isn’t doing the interview: “His story is that after the Pedestrians fiasco, he just assumed I wouldn’t even want to play in the band, because that was such a disaster. But it was more a disaster for him, because it was his baby. And it kind of exploded along with the guitar.”

Robert Keely remembers that show as “disastrous,” and remembers that the show was billed as “The Pedestrians: Play the Nixon Years.” His very earliest recollections of that group – the first combo he’d ever played in – involve “being invited to Will [Rigby]’s apartment in Chapel Hill, where he and Chris taught me ‘Some Kind of Fool.'”

But even with the failure of the Pedestrians, Stamey still aspired to – and worked at – being the leader of a band. “Chris was just ready to be that kind of artist, you know,” Mitch says. He had played bass in high school, and played in bands, but just not as the front guy.”

Mitch explains that while Stamey was already a musician by his high school years, he wasn’t yet a songwriter. “But then in college, he started sort of re-configuring himself” to be a songwriter and “front guy.” The first batch of songs that Chris wrote ended up forming the basis for Sneakers’ first record, a 7” vinyl EP released in 1976 on Stamey’s own label, Carnivorous Records.

Priced at a reasonable $1.98, the six-song EP sold about 3,500 copies. Try finding one now, and expect to pay about ten times as much for one in decent shape, and up to $40 for a mint copy. In the CD era, that EP – variously appended with other Sneakers-related material – has been reissued no less than three times: East Side Digital released a 19-track compilation called Racket in 1992; Collectors’ Choice Music released Nonsequitur of Silence in 2006, adding two more tracks.

Omnivore Recordings released a 10” vinyl record in 2014, and a shiny silver CD the following year. Omnivore used a slightly-edited version of the original EP art, and appended the six tracks with five more, one of which – a cover of The Grassroots‘ “Let’s Live for Today” – had never been released before. Not even on all those other re-re-issues.

The songs on that original EP – “Condition Red,” “Nonsequitur (of Silence),” “Driving,” “Ruby,” “On the Brink” and the immortal “Love’s Like a Cuban Crisis” – were all Stamey originals (“Nonsequitur” was a co-write with Will Rigby, who would go on to prove a sterling songwriter in his own right). And they were really good, a kind of skewed power pop. Maybe not quite as off-kilter as the stuff Alex Chilton and his Big Star band mates had been cutting – to critical praise and commercial indifference – 650 miles west in Memphis, but really, really good. 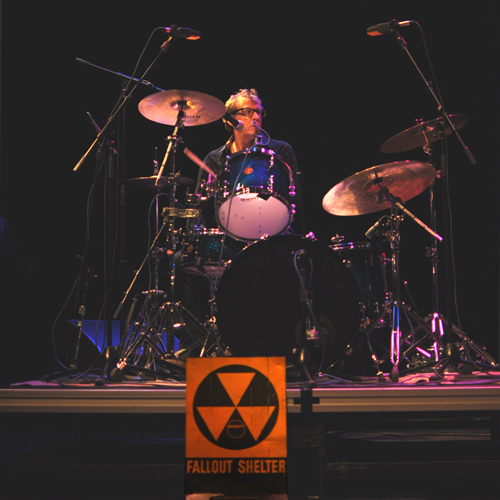 Will Rigby with Sneakers in 2016. Photo © Audrey Hermon Kopp

“Every time Chris starts a new band, he writes a batch of good songs,” says Mitch, who would know. “Which is a great way to get a band going. And I remember being very impressed with these songs because they were so good.” Mitch recalls that the songs they had each written before that weren’t, shall we say, up to the same standard. “They were these kind of things that were like nerdy children with guitars and stuff,” he chuckles, “but not something that you could really expect anybody else to listen to.”

The goal had been to write pop songs, but punk was looming on the horizon. In a good way; the aesthetics of punk had a liberating effect, even on people making pure pop for now people. “Even if you weren’t a punk band, it kind of re-defined what you could do as a lead singer,” Easter says. “I mean, you could have [somebody like] Tom Verlaine as the lead singer. Whereas, just a few years before it’d be like, ‘Yeah … Right, pal.’”

There would be a second, sort-of-Sneakers record, In the Red, released in 1978. Though this record was bigger (12”) and had more songs (nine total), it was really a Stamey-Easter collaboration using the Sneakers name, for whatever reason. It too was self-released; To balance out the longer playing record, Stamey shortened the label’s name from Carnivorous to Car.

Okay, not really; in fact In the Red was one of four releases on Car Records in 1978. The others were by people all of whom figure prominently into the story of that decade’s indie-rock/power pop: Peter Holsapple (soon to join The dB’s), Chris Bell (ex-Big Star) and the instant-classic dB’s debut single, “(I Thought) You Wanted to Know,” written by Television guitarist Richard Lloyd.