Nothing But David Bromberg

David Bromberg has been making records since 1972. He’s never become a household name; that fact has more to do with his unassuming approach to music. He’s no showboating spotlight-stealer; rather than reach for fame and fortune, he’s maintained a relatively low-key profile on the music scene for decades.

But those in-the-know have long sought him as a collaborator and/or sideman. Bromberg has lent his talents to music by artists from Richie Havens to Ringo Starr, Eagles to Sha Na Na, Bob Dylan to Edie Brickell. He’s co-written songs with George Harrison, and was mentored in his early days by gospel-blues legend Reverend Gary Davis.

While he’s proficient in any number of genres, Bromberg is best-known as a folk artist. While he began releasing Americana long before that genre classification had been coined, he remains under the radar of many who follow that style. The Grammy-winning guitarist (Best Traditional Folk Album in 2008) is convinced the Nashville-based Americana Music Association “has never heard of” him. 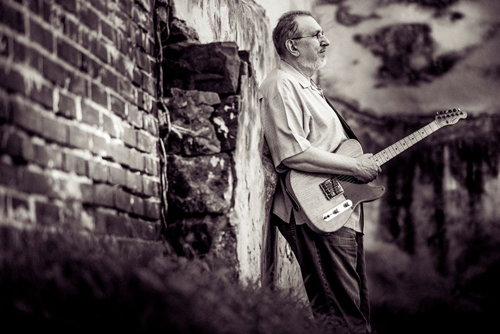 Assuming that’s true, it may well be because Bromberg doesn’t tour extensively. In fact, he took a nearly two-decade break (roughly 1990 to 2007) from recording and performance. Even now his primary focus seems to be on teaching guitar and running the violin sales/repair shop he and his wife operate in their hometown of Wilmington, Delaware. According to his website, Bromberg’s last run of live dates consisted of a half-dozen shows in February 2011.

But Bromberg says that he’s excited about his upcoming tour, one that includes 18 dates between late December and early February. “What I look forward to is playing with my friends,” he says. “I really love this band. And getting on the road, we have a great time together.” But one senses it’s not about the touring itself, and Bromberg readily admits as much. “Playing music is a big part of it, but it’s not all of it. The things I look forward to are seeing the guys, and getting onstage together playing.”

Released in October, Bromberg’s latest album, The Blues, The Whole Blues, and Nothing But the Blues is more ambitious than its title might suggest. While many of today’s artists nominally working within the blues idiom tend toward a monochromatic approach, Bromberg’s The Blues… is a veritable travelogue through the genre’s many sub-styles. “My record covers a variety of different kinds of blues, and that’s unusual,” he says. “I think that a lot of people have a very limited idea of what the blues is, and as a result they do kind of limited interpretations of it.” Clearly not wanting to be pushed into saying something controversial, he hastens to add, “I could be wrong.”

On The Blues, The Whole Blues, and Nothing But the Blues, Robert Johnson‘s “Walkin’ Blues” is delivered at a measured pace, but with blistering slide guitar and crunchy electric lead that positions Bromberg closer to the Paul Butterfield Blues Band than to Johnson. Elsewhere on The Blues… the guitarist presents a bravura reading of Ray Charles’ “A Fool For You,” featuring nothing more than a solo acoustic guitar and an endearingly wobbly (yet heartfelt) vocal. “That’s the hardest tune I have to play,” Bromberg says. “It was very hard to develop that arrangement. It’s my attempt – as close as I can – to recreate Ray Charles‘ piano part on guitar.”

For a man with modest goals – he measured success early on when he “could take a cab home from a gig late at night, instead of the subway” – Bromberg’s body of work remains impressive. While he admits that there are a few tracks in his catalog of nearly 20 albums that he would like to fix, he counts The Blues, The Whole Blues, and Nothing But the Blues as his favorite release. “That’s fortunate,” he chuckles. “And typical. But also true.”