Today’s Valentine’s Day. So let’s observe and celebrate the day with an Irish-themed story about … Christmas! — bk

Every year around the Christmas holiday, there’s a search for something beyond the overly-familiar carols and “Jingle Bells” that we’ve heard for years. Those who want something different – yet still grounded in tradition – might turn to Celtic music. The songs and stories of Ireland have a particular resonance at this time of year. And to help bring that tradition to stateside audiences, there’s Irish Christmas in America, a music and dance performance troupe featuring some of Ireland’s top talent in the traditional music idiom.

Séamus Begley is a featured performer. “He was one of my musical heroes grouping up,” says another group member, vocalist/flautist Niamh Farrell. Begley is “a remarkable singer and storyteller and accordion player from Kerry; it’s an absolute honor to be joining him onstage.”

Still in her twenties, Farrell has an impressive résumé of her own in Irish traditional music. From the northwest Ireland town of Sligo, Farrell is also a member of the popular group Project West, and she toured as part of David Gray‘s band. Though they’re all grounded in a common love of Irish music, the Irish Chrtmas musicians’ diversity is part of their strength.

“There’s a huge amount of rehearsal,” says Farrell. “But when we come together, we bounce ideas off of each other; we try new things, and no show is the same as another.” She points out that even though some of the group members hadn’t played with each other extensively before this tour, they’re familiar with each other’s work. “The Irish music scene is quite small,” she says. So once rehearsal began, “it fell into place very smoothly.” 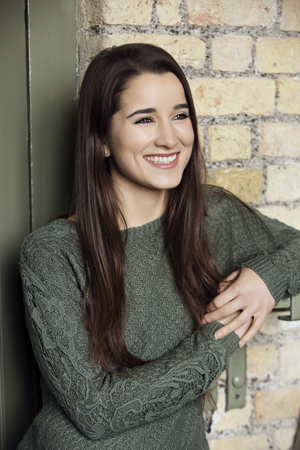 Appalachian “old time” music has deep roots in the Scots-Irish tradition; the recent surge in popularity of Americana may account for the fact that Irish music sounds more familiar to American ears than it might have a few decades ago. The ease with which music is available to consumers via the internet plays a role in increasing Irish music’s popularity, too. “There’s a very distinctive sound within Irish music,” Farrell says. “especially within sean nós singing.” Sean nós singing is an unaccompanied style in which the vocalist modifies the melodic line each time it is sung. The exotic flavor of sean nós (literally, “old style”) gives it a feel more readily associated with Arabic music.

Like any other style, Irish music has sometimes been updated for modern audiences. “There are still musicians and singers in Ireland who play to the chord the very traditional stuff you would have heard centuries ago,” Farrell says. “But there are a lot of new bands coming out that have integrated their music with other genres.” Project West is one of those. But Irish Christmas in America puts the emphasis squarely on those more traditional sounds. “I’ve been blessed to be exposed to lots of different types of music,” Farrell says, “but really my heart lies with the Irish tradition music. Sean nós music is really where I learned everything, and where I fell in love first with music.”

Even if one isn’t of Irish descent, many Americans can identify – through their own family histories – with the circumstances of immigration. And therein lies yet another fact of Irish music’s appeal for American audiences. “The songs depict what happened in Ireland over the centuries and the feelings about immigration,” Farrell says. “So many people emigrated over to America.

“I think we strike a chord for people,” she says. “It’s a big topic in Ireland, feeling far away from home and missing those who had emigrated. Once people left from Ireland, they never came home.”