There was a time in the late 1960s and early ’70s when it looked as if Larry Coryell would break out as the Next Big Thing. A fiendishly gifted guitarist with a deep interest in (and more importantly, a thorough mastery of) many different styles of music, he was and remains quite prolific. Whether as a sideman (for Chico Hamilton, Herbie Mann and others), bandleader (Eleventh House) or solo artist, Coryell has always made compelling music. He’s worked in jazz, fusion, classical, rock, blues, acoustic, electric … you name it. And while he hasn’t become a household name, those who’ve discovered his work have been richly rewarded.

Coryell is surrounded by talented people even when he’s offstage: both of his sons, Julian and Murali are established musicians with careers of their own; Julian is a member of his dad’s recently-reformed fusion supergroup Eleventh House; release of a new album from them has been delayed and is set for sometime in 2017. (Also due in 2017: the first-ever CD release of Coryell, the guitarist’s fiery 1969 album. That release will feature a Coryell interview and liner notes by this writer.) And Coryell’s wife Tracey is an author and musician with a couple of CDs to her credit as well.

2016 was a busy year for the Coryells: though Larry was waylaid with some medical problems (now behind him), he recorded and released a new solo album. So, too, did Tracey and Murali. These three releases – all on different labels – are markedly different from one another in style and approach. 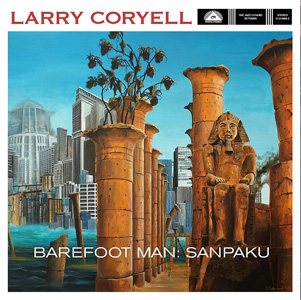 Larry Coryell – Barefoot Man: Sanpaku
The Coryell patriarch recorded Barefoot Man: Sanpaku in his current home state of Florida, backed by a mix of longtime associates and local players. The album’s seven tracks – all instrumental – have a live-in-the-studio feel. The varied set is nominally a jazz collection, but within that framework, it’s quite varied: “Sanpaku” is a funky outing with plenty of musician interplay, while “Back to Russia” is built around the piano work of Lynne Arriale. The ensemble nature of the record continues through “If Miles Were Here,” which manages to be melodic and amelodic all at once; it feels the most like Coryell’s 1970s work. Coryell’s ability to switch on a dime between fast and slow guitar figures is on display on “Improv on 97.” His acoustic work is featured prominently on “Penultimate,” while “Menteca” has a kinetic Carribean jazz flavor; it provides a tasty backdrop for Coryell to spit out some distorted, fleet-fingered electric runs. The disc closes with the wonderfully old-school flavored “Blue Your Mind,” the most traditionally-oriented track on the album. 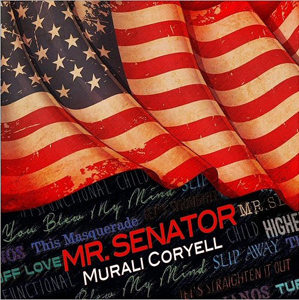 Murali Coryell – Mr. Senator
Accessible, blues-flavored rock/soul is Murali Coryell’s stock in trade. Mr. Senator features both original compositions and covers. The title track (about “a certain candidate who [Coryell] found particularly disturbing”) has an inviting melody and warm and appealing vocals from Coryell. Oddly, his guitar solo is mixed low relative to the other instruments; Louie Ortega’s second solo is mixed more appropriately. The AOR-flavored “Dysfunctional Child” is an autobiographical tune in which Murali gets his points across without oversharing. “Tuff Love” is a conventional rocker with some beefy horn work courtesy Bill Evans. The romantic, slinky minor-key “You Blew My Mind” feels like a late-night club set closer. Murali turns in a credible cover of Stevie Wonder’s “Higher Ground,” focusing on the blues textures within the classic song. A slow-burn reading of Joe Louis Walker’s “Slip Away” gives the guitarist a chance to stretch out. “My Pedal Board” is a fun but relatively inconsequential song in an old-fashioned rock ‘n’ roll style, with call-and-response backing vocals. It’s a fine excuse for a hyperactive solo, though. “Tejanos” sounds very much like its title would suggest, and features Coryell – sounding a lot like his dad on vocals – singing in Spanish. 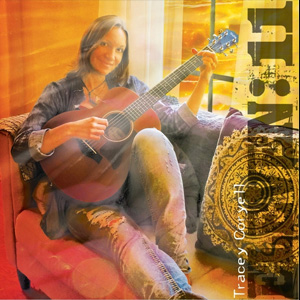 Tracey Coryell – Eleven:11
Nine of the eleven songs on this self-released CD were written by Tracey Coryell. Very much in an acoustic country/Americana style, Eleven:11 focuses primarily on Tracey’s smoky and strong vocals. And while the vocals and lyrics are out front, the playing is impeccable. The lion’s share of the instrumental work is handled by Lucio Rubino, but husband Larry helps out on various instruments – electric and acoustic guitar, keyboards – on a few tracks. Murali stops by to lend his duet vocals to “Beautiful Woman,” one of the album’s two covers. In fact, the original version of “Beautiful Woman” was a standout track on Larry’s Coryell album, due out on CD in early 2017.
“Dance With You” showcases Tracey’s skill at singing in a lower register; there’s something about her vocal approach here that effectively conveys the romantic notions of the song. A gentle and subtle reading of Cyndi Lauper’s “Time After Time” proves once again that a good song is a good song, no matter how it’s arranged. As a whole, Eleven:11 is an understated affair, a singer-songwriter album presented in the most tasteful manner. But it rises above much in that genre by virtue of the playing and arrangement.