There is a wide consensus that the United States is entering a challenging era, especially for those fighting for civil rights, environmental protection and sustainability. For creative artists who seek to combine their art with activism, this new reality has the potential to demoralize. Yet it’s possible to look at our current reality with perspective and remain hopeful. That’s the chosen approach of Rising Appalachia, the folk-world musical collective led by sisters Leah Song and Chloe Smith.

“Honestly, I’m back and forth between hopeful and terrified,” says Leah Song. But she chooses to take the long view and focus on optimism. “We have a human history that’s much longer than the United States of America, one that is plagued with strong kinds of hardship, with kinds of incredible triumph and knowledge and much more impoverished eras.” She draws inspiration from “conversations with elders, history books and Greek mythology. All of this dense and vast human history [reminds us that] this is a very small moment in time.” 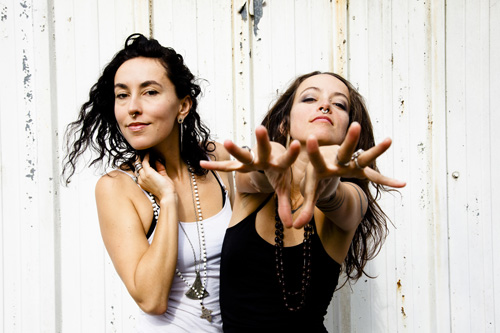 Since the group’s start in 2006, Leah and Chloe have positioned Rising Appalachia as both a musical project and a vehicle to express their social justice concerns, and to help foster a community with like-minded interests. “We named this tour the Resiliency Tour,” Song says, “because we want to remind ourselves – and we want to remind our audiences – that we are resilient people.” Even as the country enters a period of uncertainty, Song believes that “we can still be very focused on human rights and social justice and knowledge and empowerment. And you can create a space for that, even if it’s not what’s going on in big politics. Where the resiliency is, is on the ground.”

Rising Appalachia tries to bring its concerns to its audience, but not in a heavy-handed manner. Song believes that all of the band’s members “are really very activist-oriented people. Although we really try to create a musical platform that [speaks to] a lot of different walks of life, we believe very much that the music should not be preachy; it should create a space for people to be in dialogue.” Often her goal is not so much to advance a particular point of view, but rather to encourage Rising Appalachia’s audience “to question their own values and belief systems.”

The group’s perspective is informed by relationships, Song explains. Take the current standoff at the Standing Rock Indian Reservation in North Dakota, centered around the Dakota Access Pipeline. “We have a lot of community and friends at Standing Rock,” Song says. “So I feel like we have a line directly into what’s [happening] on the ground, and what’s not being covered in media.” Song chooses to focus on personal stories of those directly involved, as opposed to a more traditional news perspective. “News can really be bludgeoning and overwhelming,” she says, whereas “stories can often feel less overwhelming, less impossible, more tangible. And we can all learn from – and find our human-ness in – stories.” 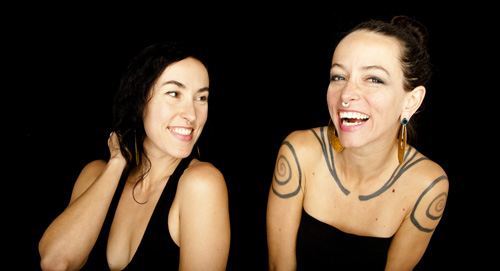 2016 has been a year in which Rising Appalachia toured the country in a manner consistent with its Slow Music Movement. “It’s not all that unique from what we’ve been doing the last 10 years,” Song admits. “We just put a name to it. It means that we’re always exploring sustainable ways of travel and touring.” That approach places emphasis on spending time in a particular region as opposed to crisscrossing the map for a series of one-off shows. And the group invites selected local nonprofits to join them at concert venues across the country. That way, Song explains, “people have a place to get involved and to learn about what’s going on in their own community.” Meanwhile, Rising Appalachia concentrates on the music. “And,” Song adds, “we’re not up there preaching about a place that we don’t even live in.”

As far as Asheville – the city the band currently calls home – Rising Appalachia faces the fallout of North Carolina’s controversial House Bill 2. Many touring artists with a social justice focus, including Rising Appalachia, initially chose not to perform in the state. But Song says that after careful deliberation, the group decided to return home for two consecutive nights. Recognizing that a concert brings a certain economy to each venue’s city, Song and her band mates decided to use that as an opportunity to get a conversation going. The plan is to “show up with some information about how our fan base can get more involved and more informed. And now that we have more of that information, we’re really happy and inspired to come back into our North Carolina community and get the fires lit.”

You may also enjoy “Making Music with Intention,” my 2015 Rising Appalachia interview/feature.