The Struts: Second Time’s the Charm

In July 2014, the Struts released their debut album. With arena-sized melodic hooks and a lead singer who bore more than a passing vocal resemblance to Freddie Mercury, Everybody Wants seemed like a likely hit on the UK charts. But the record wasn’t a hit, rising only to #52. Undaunted, the Struts tinkered with the album, deleting several tracks, recording five new ones, and reissuing it two years later. The reissue did a little better at home, but it also broke the group into the US market. These days, the Struts put their energy into building that American fan base; the quartet played Asheville NC on December 5.

The Struts’ lead singer Luke Spiller takes it all in stride. “Everything happens for a reason,” he believes. He’s convinced that had Everybody Wants done well in Great Britain, the group might subsequently have set their sights lower. “Being popular in your native country [means] you’re less inclined to take on America,” he says. “So it’s great that we didn’t ‘happen’ in the UK.” 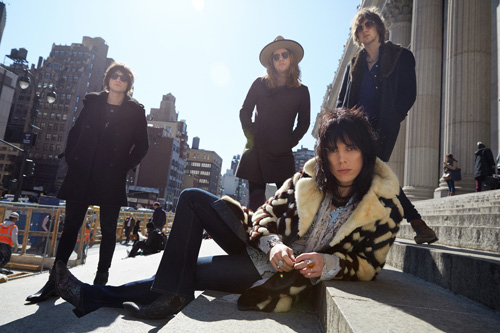 Spiller admits that the original record released on Virgin EMI was “a kind of mishmash.” While the group was pleased well enough with that initial effort, the Derby, England-based group – Spiller plus guitarist Adam Slack, Jed Elliott on bass and drummer Gethin Davies – took full advantage of the opportunity to improve upon Everybody Wants for re-release. Spiller says that they remade the album “not only for ourselves, but for our new record label as well.” After a couple of years of playing concert stages, the group had improved significantly. “We proved to Interscope that we could make the album better, that we could come up with the goods.”

Everybody Wants was recorded at a variety of studios, using several different producers. “There was no plan at all when it came to the first album,” Spiller says. “Before we knew it, we ended up with loads and loads and loads of different producers on it.” The new and improved Everybody Wants features remastered, remixed and sometimes re-recorded versions of some of the original songs, plus five new tunes. Each of those new songs is co-credited to one of the five producers who oversaw the new sessions. “It’s constantly up for debate how much control I really have,” Spiller concedes.

So while the revised Everybody Wants remains a patchwork album, it does showcase the Struts’ strengths. The group’s big sound invites comparisons to 1970s megastars like Queen. And two tracks were written and produced by American artist Gregg Alexander. He’s not a household name, despite having written hits for many acts in the UK and Europe. In fact Alexander walked away from fame a decade and a half ago, after scoring the hit “You Get What You Give” with his group New Radicals. 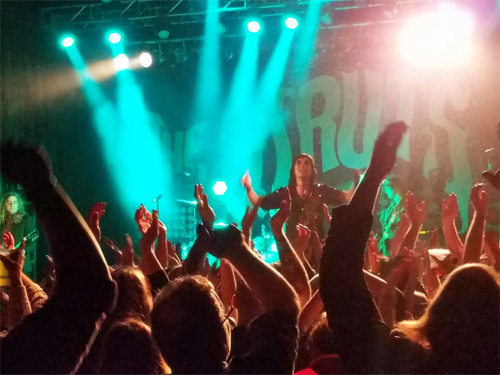 These days Alexander is every bit as active, but with a much lower profile. He won a Grammy Award in 2003 for composing Santana‘s hit “The Game of Love,” and has penned songs for Irish megastar Ronan Keating, Enrique Iglesias, Rod Stewart and others. “I remember having ‘You Get What You Give’ on a hits CD when I was a kid,” Spiller recalls. “When I met Gregg, that was one of the first things I told him. He’s a really cool guy, and he’s super talented.”

That Alexander is an American producer isn’t lost on Spiller. He doesn’t have much good to say about Virgin EMI, the band’s former label. Spiller doesn’t feel that Everybody Wants was properly promoted in Great Britain. He suggests that Virgin EMI sat back and waited on the Struts to gain popularity on their own. Eventually, he says, “we just sort of said, ‘well, fuck off; we’re going to the USA.’” And the group has been touring North America heavily ever since. “We’re actually finding our feet as a band in the US,” Spiller says. “We’re very grateful to everyone over here in America for giving us such a chance. They’re inspiring us to carry on.”

Carrying on means nearly a dozen more December dates for the band before flying back to England for a holiday break. After that, it’s off to Japan. “Basically, I don’t get time off,” Spiller chuckles. “My time off is spent in the studio. We get to go home on the 20th of December, and then I’m going to be back out in L.A. recording and writing on the 7th of January.”

And will the Struts’ (sort-of) second album be produced by one person? “We’ll just have to see,” Spiller says. “At the end of the day, time is money, and I don’t have a lot of either. So if it means going to different studios and recording it and then throwing it all together again, then that’s the answer.”