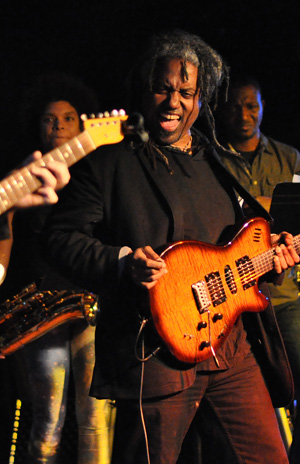 “I started Project/Object around 1989 or ’90,” says guitarist André Cholmondeley, leader of the popular Frank Zappa tribute group. “I thought, ‘Yeah, we’ll do this for fun. We’ll do it once a year on Frank’s birthday.’ But I never had the concept that it would be a group involving musicians who had played in Frank Zappa’s bands.” In short order, however, that’s the direction that the Zappa tribute group took.

After meeting Ike Willis, guitarist/vocalist with Zappa from 1978 to ’88, Cholmondeley sent Willis a tape of his band. The Zappa alumnus enthusiastically joined the group. “And from that moment on, it transcended being just some guys getting together,” he says. “We had this legitimacy; a real authenticity came about.”

“There have been over a dozen different alumni who have either toured with us or popped up onstage,” Cholmondeley says. The resulting tours feel more like a reunion than a tribute: “I’ve brought guys together who haven’t played gigs with one another since the ’70s,” he says. The group’s current tour features Willis and Don Preston; the latter was Zappa’s keyboardist for nearly the entire period 1966 to 1974.

Cholmondeley sees Project/Object as something quite different from a cover band. “With tribute bands, you’re trying to paint that picture, evoke the music, trying to do as well as possible,” he says. “What I have is some of the people who actually recorded these songs. So I don’t have to have my singer sound like the guy; I’ve got the guy.” 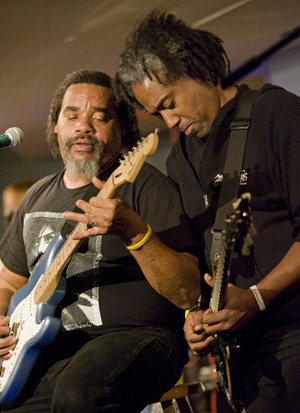 The group makes the most of the talents of Willis and Preston. When coming up with a set list, Cholmondeley says, “I ask myself, ‘What is the highlight album that they’re known for?’ And I work backward from there, making sure that we have a couple of tracks from that record.” In Preston’s case, that might be We’re Only in it for the Money (1968) or the 1974 double live LP Roxy and Elsewhere. For Willis, it almost certainly means Zappa’s 1979 album Joe’s Garage, but the set might include tunes from 1981’s topical You Are What You Is. Cholmondeley describes the result as a kind of “Zappa fantasy camp. But then you also get to hear a best-of, with all kinds of cool stuff.”

Cholmondeley says that his group “splits the difference” between note-perfect readings of tunes from Zappa’s fifty-plus albums, and the off-the-wall arrangements that Zappa himself often delivered onstage. “We’re fortunate that with an artist like Zappa, the audience is completely comfortable with different versions,” he says. Musical in-jokes were always a major component of Zappa albums and concerts, and Project/Object proudly carries on that tradition. “At heart, I’m a Zappa freak,” Cholmondeley says. “And fans love it when we play some games, pulling out a 1973 version of ‘Peaches En Regalia,’ and gluing it up to a 1988 version. Fans get the joke as it’s happening.” Through it all, Cholmondeley plays the part that fits him perfectly: “the role of Zappa fan.”