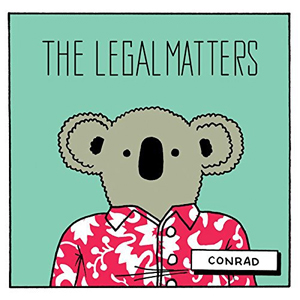 File next to: Wings, Lannie Flowers

Power pop is the Rodney Dangerfield of the rock world: it gets no respect. Detractors call it shamelessly derivative and lightweight. Those who have a soft spot for the subgenre, on the other hand, appreciate the chiming, sticky-sweet melodies and sharp hooks. Michigan’s the Legal Matters – a trio featuring Keith Klingensmith, Chris Richard and former Verve Pipe guitarist Andy Reed – self-released a fine eponymous debut in 2014; it gained the attention of Omnivore Recordings, who promptly signed the band. Reed’s high voice (with able harmony vocal support from his band mates) contrasts nicely with the McCartney-esque “I’m Sorry Love.” The occasional melancholy minor-key outing such as “More Birds Less Bees” contrasts with the preponderance of upbeat (yet midtempo) songs. Klingensmith only gets one writing credit (“Pull My String”) but it’s one of the best tunes on a strong album.