2016 has been a busy year for me. Though I have been working part-time as a music journalist for more than a decade, early this year I made the transition to writing full time. What that has meant in practical terms is that I’ve transitioned – for the most part – from strictly writing about topics that move me. Now I write about things that I value, but I focus on placing those writings in an outlet that pays me for my work. As a result, some things – albums, in particular – might not get quite the depth of coverage I was able to provide in the past. In fact I’m writing more than ever. So as far as those albums, I will continue my regular series of hundred-word reviews. You may notice that this month alone I published fifty of those short reviews.

Another area that hasn’t gotten my writerly attention to the degree I might have liked is books. A number of fine music-related titles were published in 2016. Here’s a look at three of my favorites. 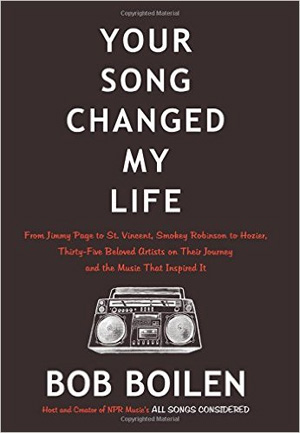 Bob Boilen – Your Song Changed My Life
Boilen is the host of National Public Radio’s Tiny Desk Concerts, a unique program that invites interesting musical artists to come into his (you guessed it) tiny workspace, set up their gear and play a short show. The guest list reflects Boilen’s own musical tastes – as well it should – and he leans in the direction of younger, newer artists. As it happens, a number of those acts are ones I’ve had the pleasure of interviewing in 2016.

Boilen’s book digs deeper. The essays are generally built around his experience meeting and (to some extent) getting to know the artists. His central question focuses on the music (song, album, whatever – -that served as an influence or catalyst for the artist. And as you might expect, things go in some surprising and fascinating directions. That question is often merely a jumping-off point for further discussions, which keeps things lively and varied.

I pride myself on taking in as wide as possible an array of new music – it does take time and energy – but I’ll readily admit that Boilen’s book turned me onto quite a number of artists whom I hadn’t explored previously. Some, I still don’t want to know much about. Others I now count among my new favorites. Your Song Changed My Life may not change your life, but it’s a very good read, and is highly recommended to anyone who appreciates a window into the minds (and sometimes souls) of musical creatives. 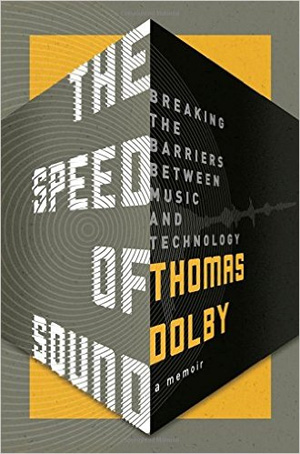 Thomas Dolby – The Speed of Sound
Yeah, yeah, I know: “Science!” Fine; let’s get that out of the way right up front. The Speed of Sound may well be the best first-person insider account of the music business I have ever read. And that’s saying something.

For those who don’t know, after Dolby had a couple of (very, very good and enduring) hits, his career got way more interesting. He moved into production; he worked the boards for Prefab Sprout‘s underrated classic Two Wheels Good (they called it Steve McQueen everywhere but the USA). He was one of the earliest people involved on the music side of the internet.

I’ve known for a long time that Dolby is a highly skilled songwriter and a very appealing live performer. What I had no idea about – and what I could never have guessed – is that he’s a superb writer as well. Even though The Speed of Sound is a kind of autobiography, it reads like a page-turning thriller/suspense novel. His run-ins with the ugly underbelly of the music business (and other businesses as well) are colorfully and richly described.

As readers learn just what a key figure he has been behind the scenes, they’ll also marvel at just how modest he is about his own importance. If you have any interest in the music business, the tech industry or the internet – in other words, if you’re curious at all about the intersections of pop culture and business – you owe it to yourself to read The Speed of Sound. It’s funny, it’s sad, it’s encouraging, it’s demoralizing, and it’s a must-read. 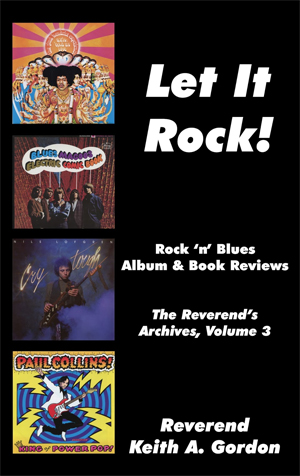 Rev. Keith A. Gordon — Let it Rock!
The Reverend’s previous collection of reviews, Rollin’ ‘n’ Tumblin’ has quite a bit to recommend it. The tome is jam-packed with Gordon’s insightful, incisive album reviews. But it pretty well sticks to the blues, which might render it something short of indispensable for those whose tastes extend beyond the 12-bar idiom.

No such case with Let it Rock! The third in the Rev’s archive series, Let it Rock! is all over the map genre-wise, and all the better for it. Gordon digs deep and spend a lot of ink on one of my personal favorite musical categories, the reissue. That’s clear as soon as one looks at the cover: Jimi Hendrix‘s Axis: Bold As Love and Blues Magoos‘ Electric Comic Book are featured, which gives one a good sense of the stylistic breadth of this compendium.

Gordon continues with his exceedingly eccentric methodology of listing artists alphabetically by their first name, which makes it a tad more difficult ot search for a particular title (until you sort out what he’s doing). But that’s a mere quibble. The content is king here, and there’s lots of it: over a hundred reviews of (mostly) albums and (a handful of) music-related books.

As is the Reverend’s wont, he provides copious back-stories with his reviews; more than merely providing a consumer guide for those in the know, he puts the albums into their context, both in the general music timeline and within the artist’s body of work. He spends time on some fairly obvious titles (Love‘s Forever Changes, King Crimson‘s Red) that – for very good reasons – we reviewers love to, er review. But he also covers some titles that would otherwise be overlooked (albums from Garland Jeffreys, Kansas, Sir Douglas Quintet and Pendragon, to name just a few).

In fact there are very few “new” (or new when the were written) reviews in the pages of Let it Rock! But that’s fine; every one of the titles Gordon covers is richly deserving a second look … and listen.