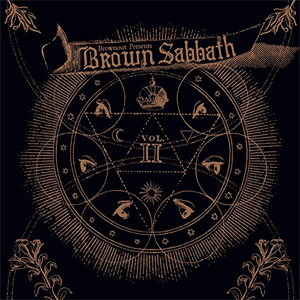 File next to: Black Sabbath, Santana

High-concept musical acts have been around for decades. Dread Zeppelin was one of the earliest groups to recast well-known music in a decidedly different idiom (reggae-style Led Zeppelin); Hayseed Dixie has been serving up bluegrass-fried versions of hard rock for many years now. Both acts – and most others of their ilk – do so with tongue firmly planted in cheek. Not so with Brown Sabbath: their Tex-Mex and horns-flavored readings of classics from the Black Sabbath songbook might elicit an initial laugh, but stick around and be impressed on just how expertly they reinvent the tunes. This second collection displays no drop-off in quality from their debut; they kick things off with a brilliant version of “Supernaut,” and the quality never flags. The horn arrangements and percussion accents work surprisingly well, proving just how sturdy these tunes really are.