My conversation with Rick Wakeman continues. Note that our chat took place in summer 2016, before the lineup of ARW had been finalized. Wakeman discusses plans for as “utility” player – a sixth member – but in the end ARW was just five musicians. I saw them in October, and they were superb. And they didn’t need another musician. – BK

Bill Kopp: I haven’t seen any announcement yet as to who, if anyone is going to be playing bass and drums on the tour. Can you share any news about that?

What I can tell you is that after lots and lots of discussion, you wouldn’t believe when word came out about what we were doing, the amount of people who applied the job. It was just ridiculous. We’ve gone through lots of different sorts of people. 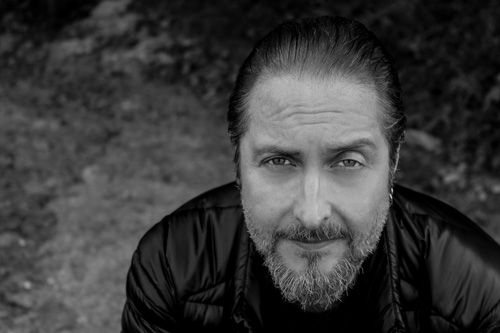 The bass player who was always my first choice, he is generally regarded in the UK or in Europe as the finest pro bass player in Europe and that’s Lee Pomeroy. He is just astonishing. I have worked with him a lot over the years. I was asked recently who were the three best bass players I’d ever played with, and I said, “I have been very honored to play with whom I consider the three best players ever, for me, in prog rock, which are Chris Squire, John Entwistle” – an amazing bass player; we played with each other a few times – “and Lee Pomeroy.” And I think every time I see Lee play and he plays in front of an audience, he leaves them gobsmacked. He is such a great player.

I can’t tell you who the multi-instrumentalist is going to be, because I truly don’t know. I am being brutally honest with you. The drummer … do you remember The Tubes? I love The Tubes.

BK: I have probably seen them more than any other band.

RW: I love The Tubes. Do you remember Lou? Well, not the original drummer: he came in late. [Lou Molino III.] To the best of my knowledge he is joining us. Which is wonderful for me because I was the one who took the Tubes to A&M Records. I loved The Tubes. I found them in San Francisco and took them down to Jerry Moss at A&M Records and said, “You’ve got to sign these guys. They are just absolutely amazing.” And they did sign them, of course. They were tremendous. A huge, huge hit everywhere. And I loved them to bits. I just thought they were just fantastic. And I still do. When I get to see them sometimes, there is a smaller line up now. I remember the days when there were seven of them. 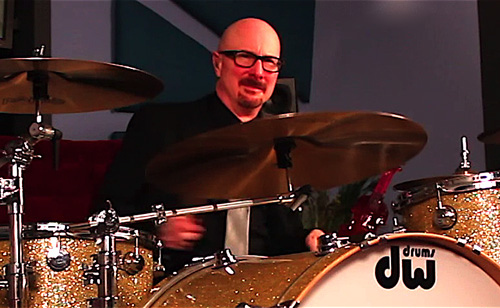 BK: Yup. And they had the dancing girls and everything.

RW: Wonderful stage sets. I loved The Tubes to bits, and still do; I still think they’re great. To the best of my knowledge Lou is joining us for now.

BK: Looking at the history, I think you have left and re-joined Yes and the various related aggregations perhaps more than anyone else. What keeps bringing you back to work with Jon?

RW: Jon and I had a sort of rocky beginning when we were first together. And then we got back together in ’76, we sat down in a little pub in Montreux called The White Horse, and we came to a conclusion, which I think sums Jon and I up a lot. Which is that, if you can imagine flying from, say, London to Tokyo, you can go two ways. You can either go across; you can go to Anchorage and then down to Tokyo, or you can go the other way and go via Moscow and ’round. But you’d end up in Tokyo.

John and I came to the conclusion, because we went, “Hold on a minute. We argue about what we are going to do, we argue fervently about how it’s going to be done, and yet the joke is, when we get there, we both agree that, ‘Yeah that’s what we’re aiming for.’”

And we came to the conclusion that this is what it is musically sometimes. Jon might be going via Anchorage to Tokyo and I’ll be going via Moscow to Tokyo. Which means at a certain point, we are so far apart but we’re going to same solution, the same ending. And we went, “Ok. If we know that we’re both doing that, then we don’t have to argue about it or anything. Because we know where we are going to end up.” And from that moment on, Jon and I had the most wonderful relationship, and still have. And that was the thing with that, with Jon and with the music.

Stay tuned for more of my conversation with Rick Wakeman. — bk