Back during the summer of this year, I enjoyed a wide-ranging and lengthy conversation with keyboard legend Rick Wakeman. The ostensible basis of our chat was the then-upcoming ARW tour, featuring three ex-members of Yes: Jon Anderson, Trevor Rabin, and Rick Wakeman. In this two-part feature, I present the ARW-focused part of my conversation with Wakeman. That will be followed by two other features covering other topics. – BK

Bill Kopp: Tell me about the events leading up to you getting together with John and Trevor for the ARW tour.

Rick Wakeman: I think it started in 1991, 25 years ago when we finished the Union tour, which was eight of us. A completely mental tour, but I loved it; it was great fun. Trevor and I got on great, and we said on the last day of the tour – we just looked at each other and said, “You and I, we have got to do something together. We really have got to go out and play together, do some more.” We kept in touch. In fact, some years later Trev played on an album of mine called Return to the Centre of the Earth, on a fantastic track called “Never is a Long, Long Time” and we kept talking and saying we must get together. 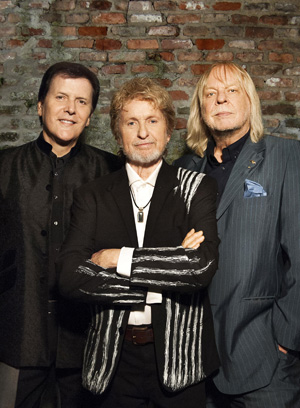 But of course Trev moved over into doing some fantastic film scores and working in that area. And then I went back and joined Yes 2000 to 2005. Then at the end of that, Jon, as you know, was very ill. And that was it. The other guys decided they wanted to carry on working, and I said I would not go out without Jon singing. Because I did not feel – and I still feel the same way, and this is nothing detrimental to other singers – there are certain bands that you take the singer away and you haven’t got the band any more, as far as I am concerned. I couldn’t imagine Led Zeppelin without Robert Plant; I couldn’t imagine the Who without Roger Daltrey, and I’m afraid, for me, you can’t have Yes or Yes music without John’s voice, without John’s signing. So I backed away from that.

Jon and I, we did three duo tours together which were great fun. One in America and two in the UK. And all the time we kept saying, “You know, the next stage is, let’s get Trev. Let’s work with Trev.” And Trevor, in fact about three years ago, came over to London and we had a lunch and a chat, and we just said, “We’ve got to do this, we’ve got to do this.” One of the difficulties was, because I was so busy, Jon was busy, Trev was busy, things get put on the back burner. You know what it’s like: “Yeah, we must get around to doing this. Yes, must do this. Yes, we really want to.”

And then I think one of the things that really expedited everything was when Chris [Squire] died. When Chris died, although it was not anything that we overly talked about to each other, I think we were all suddenly very, very aware of our mortality, and music mortality, you could say. And suddenly with so many people in the last eight, nine months who we’ve lost, musicians who have gone, you know: Lemmy, Chris, David Bowie; the list is ridiculous. And you start to go, “Wow! Hold on a minute.” And we’d go and talk to each other. And now the manager – Brian Lane, who’s managing the project, who was the original Yes manager as you know – Brian said, “You guys going to do this or what?” He said, “You want to do it.” He said, “I’m going to tell you now that the Yes fans will want you to do it.” He said, “So what’s the matter with you?” And he sort of gave us a bit of a shout. We went, “He’s right.” And that was really it; we set the ball rolling, and it’s been a bit of a rollercoaster ever since. We’re all genuinely, really excited about it.

BK: There’s quite a lot of overlap in the respective catalogs of the three of you. You clearly could – and have many times – filled an evening with just the music of one of you, and barely scratch the surface of that. How do you select music for the ARW tour?

RW: That’s a really good point. We want to do a real mixture. We want to do classic stuff; we want to treat the music a bit differently as well. We want to keep all the elements that the songs have got, but maybe take things to a new level and different ideas with some of the pieces so that they are still what they are.

We are calling it “An Evening of Yes Music & More,” and that is exactly what we want the pieces to be, “and more.” So people go, “Wow! That was a diversion! They did that [differently].” That’s the plan. We’ve got a bit of a short list. I’m going over to see Trev at the beginning of August. We’re going to spend a week together looking at the different songs that we’ve all decided that we think should be on the list. And then I think that at rehearsals, we will probably do more than we actually need in the actual show. And it may well be that as the show progresses, we go, “You know what? Maybe we should put this piece in and take that one out.” The only way to find out is to go and play them, really. That’s the plan. You’re quite right; there is so much music that spreads over all of us, really. Which is great.

BK: In January, Jon posted on Facebook that you, he, and Trevor have actually been doing some writing together. Could you tell me anything about that?

RW: Yeah, we’ve been flying music backwards and forwards to each other, and doing bits and pieces on it. One of the tracks, I’ll probably do some stuff on when I’m over seeing Trev. What we all decided was that we’re not going to be rushed into making an album. There’s a few offers on the table from record companies saying, “Make an album! Make an album!” We’re saying, “No, hold on a minute.” We don’t have to rush into this. Because we want to get to play together, learn a bit more again about each other. [Learn] what’s possible, what’s not possible, what we can do, and fine tune a lot of things. 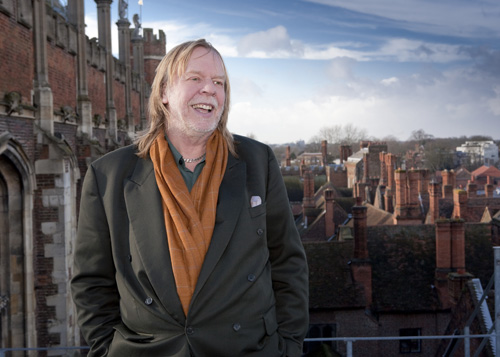 And I think there’s the rule, that “Oh! Here’s the order you do it! You make an album, you go out and tour it.” No, no, no. In this situation it’s wrong, and I think that it would be perceived as being wrong by people who love Yes music and love any of us who have been involved with Yes. Because it would look like, “Oh. They’re doing it for the wrong reason. They’re just doing it to make some music, to make some money and get out.”

That’s not what this plan is. This is a long term plan. We’re looking at a minimum of three years, which might not sound very long. But when we consider we are all around the 70 years old mark, that’s a reasonable starting point to look at. We want what we are doing to grow. We want it to develop. It’s not just to go and churn some music out and play; we want this to develop. And if we’re going to produce some music, it’s got to be very special.

BK: As we’ve said, you’ve all worked together a lot, but you’ve also worked apart a whole lot, so it would seem that spending some time together making music for a while before you set about trying to create something new could only make the music better, I would think.

RW: You’re absolutely right, and that’s the way that we’re looking at it. So we’re having fun sending music backwards and forwards and doing things, and if there’s something ready for the tour, we may well give it a go. Why not? If it’s something ready. But if it’s not ready then we won’t play it.