A Holiday Treat for Musoscribe Readers

‘Tis the season for … a bonus weekend post. I almost never post features or reviews on a Saturday, but these two titles warrant the exception. Plus, if I wait until I have an open weekday, you won’t read about this until late February 2017.

Some people simply detest holiday music. I grew up in a household that played Christmas Sing Along with Mitch for what seemed like the entirety of December for most of my childhood years; so I get it. But over the half-century plus I’ve spent on this planet, I’ve developed an appreciation for some of the more outside-the-box Christmas records. I recently wrote new liner notes for The Ventures Christmas Album; I’m on record as a major booster of the ultra-obscure Christmas in Memphis album; and I love what Los Straitjackets and Bill Lloyd have each done with holiday music. 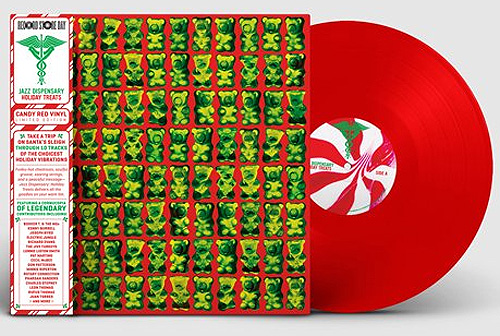 Various Artists – Jazz Dispensary: Holiday Treats
And now I can add another fave to my short list. Released for Record Store Day 2016 (who thought Black Friday was a good choice for the date?!?!), Holiday Treats is the latest entry in the ongoing Jazz Dispensary series. Issued in limited quantities on 10” red (natch) vinyl, Holiday Treats delivers on its title. It’s a brief and tidy compendium of holiday-themed tunes from yesteryear, but most (if not all) of the tracks will be new to all but the most comprehensive music collection.

The first two tracks – “Get Down Santa” and “We Wish You a Merry Christmas” (by The Jive Turkeys and Booker T & the M.G.’s respectively) are well-done instrumental readings of familiar tunes. But then things take a left turn. Electric Jungle‘s “Funky Funky Christmas” would have fit well on Can You Dig It? The ’70s Soul Experience; it leas a bit in a disco direction, but it’s truly fun, and – sans its (minimal) lyrics – would work year-round. 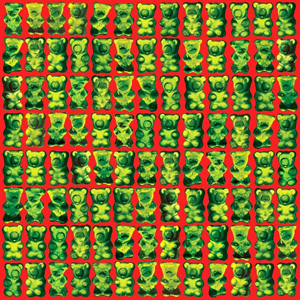 Rufus Thomas. Just the name tells you want “I’ll Be your Santa Baby” is gonna sound like. The World’s Oldest Teenager™ brings it on this deep funk dancefloor number. Juan Torres‘ “Pueblito de Belem” wraps up Side One; the artist and title might make you think this is Brazilian jazz or something; it’s not. Weird ’70s synthesizer textures and organ engage in dialogue , backed by an understated souljazz rhythm section. The organ sounds a lot like those Lowrey jobs found in middle-class living rooms back in the ’70s. Weird but effective.

Joseph Byrd‘s brief “Carol of the Bells” leans more on synthesizers than anything else; it’s nice enough but stylewise it doesn’t quite fit on this collection. Don Patterson‘s “Santa Claus is coming to Town” is more in keeping with the musical theme. It’s the most souljazz-flavored track here, and features some lovely Wes Montgomery-styled guitar right alongside Patterson’s gurgling Hammond.

While most of the tracks on Holiday Treats are built around electric organ, Kenny Burrell‘s electric guitar is the star on “My Favorite Things.” Not exactly a holiday tune, but it feels right. The ace instrumental backing on this one takes the energy up several notches. It’s breathtaking.

The Rotary Connection was one one few groups in the ’70s that effectively combined jazz, soul and pop. A wonderful arrangement and dependably superb vocals from Minnie Riperton make “Peace at Last” (originally a track on the group’s Christmas album) a highlight of this set. Pharoah Sanders‘ lengthy “Prince of Peace” closes the album. Sleigh bells and what can best be described as yodeling make for an odd pairing. It’s the weirdest cut on this LP, but it’s strange enough that it must be heard; shades of Sun Ra. A bizarre way to end an album, but hey: why not? 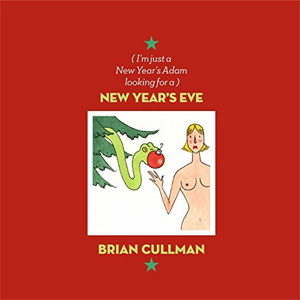 The title track is reminiscent of Space‘s “Female of the Species,” albeit with a nicely distorted electric piano as its musical centerpiece. Cullman’s vocal delivery is just right for the song’s playful lyrics, which (spoiler alert) deal with the need for a date to take to a NYE party.

An all-star cast backs Cullman on “The Book of Sleep.” Guitarist Vernon Reid (Living Colour), bassist Sara Lee (Gang of Four) and Steve Holley (Paul McCartney & Wings) help out on a live recording of a tune that feels like a solid Talking Heads outtake.

More friends show up for the haunting, piano-led “Minor Love.” Session guitarist Sid McGinnis and Patti Smith Group drummer Jay Dee Daugherty back Cullman as he does his best Tom Verlaine impression. The song’s lyrics come courtesy the Everly Brothers, filtered through a Dark Horse-era George Harrison sensibility. On “I Know,” Cullman answers the (unasked) question: What would Verlaine sound like if he fronted a pop group? And the vocal line is redolent of (ohnothimagen) Harrison’s reading of Bob Dylan‘s “If Not for You.” (With all these seemingly deliberately playful/obscure musical cues, it’s no surprise to learn that Cullman is a music journalist.)

Though its title, release date and packaging all suggest a holiday-themed album, file New Year’s Eve with your main collection; it deserves a spin much more often than just the month of December.