Note: this is the second of two features I’ve written recently about Fantastic Negrito (here’s the first one). Expect more; this guy is one to watch. — bk 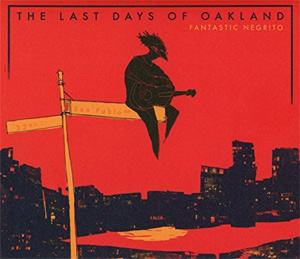 Fantastic Negrito is the musical persona of Xavier Dphrepaulezz. Raised in a strict Muslim family, he ran away from home at 12 and never returned. He would fend for himself for the many years that followed, eventually pursuing music. He scored a deal with Interscope Records and released an album in the mid 1990s. And though The X Factor – a funk record in a Prince mold – got some good reviews, it sank without a trace in the pop marketplace. He would soon be dropped by the label.

That part of his back story makes his current success unlikely. But what happened a few years later all but guaranteed he’d never make another record.

Onstage now, Fantastic Negrito smiles broadly and tells audiences, “Tonight is not a concert; this is group therapy.” He goes on to share the story of his life’s most transformative event. In 1999, the car he was driving was struck by another motorist; he lay in a coma for weeks. When he awoke, a doctor asked him what he did for a living. “Concerts,” he told the physician. “I’m a musician.” The doctor told him he would have to find a new career: among many other injuries, his hands were shattered.

But – as Fantastic Negrito explains in colorful language – he would not be deterred. Though many years would pass before he re-emerged as a musician, when he did it was with a renewed sense of purpose. A homemade video entered into a contest was selected from among over 7000 entries, and he won a spot on the NPR show Tiny Desk Concerts. Billing himself as Fantastic Negrito, he premiered new music that went much deeper – both musically and lyrically – than the music he made in the years before his accident. 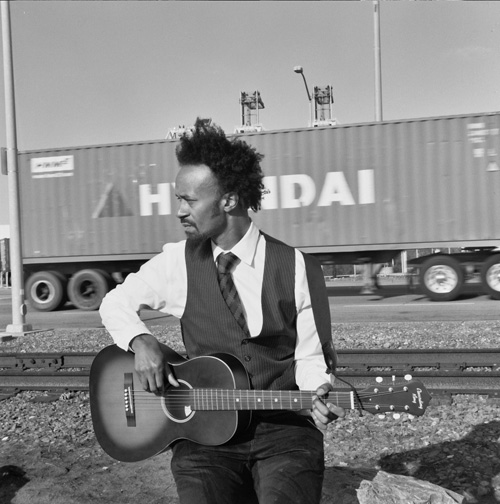 Fantastic Negrito has drawn comparisons to Sly Stone for his richly textured music. It’s nominally blues or black “roots music,” but the songs on The Last Days of Oakland rarely conform to what most people think of as blues. “I was very influenced by all the Delta musicians when I embarked on the idea of Fantastic Negrito,” he tells me. “I love the sense of immediacy, and the urgency.” But he name-checks Sturgill Simpson, Miles Davis and Chris Cornell as favorites, too.

His live show is even more dynamic and engaging than his studio recordings would suggest; he’s a spectacle of nonstop movement and passion. And – bum hands be damned – he’s an intense guitarist.

The songs on The Last Days of Oakland are more than lyrics set to a beat and melody; evocative tracks like “Working Poor” are a movie for the mind. Moving well beyond themes of love and romance, the songs on the album express and explore Fantastic Negrito’s larger concerns. “I wanted [the album] to be meaningful, because it is something that is serious,” he says. “My intention was to captivate and provoke.”

Back in the 1970s, albums routinely included posters, stickers and the like; lavish packages were common. In today’s more cost-conscious music business, most of those things are considered luxuries, and are found primarily in the releases of long-established high-profile artists. But The Last Days of Oakland includes the printed words to its songs.

“At the risk of overusing the word, I feel our purpose here is to contribute to the human family,” says Fantastic Negrito. “I know it’s a little corny sounding, but it’s something that I really believe in.” To him, lyric sheets are very important, even if the extra cost comes out of his own pocket. “You’re conveying the message and you’re communicating; what better way to do it than to have the words right in front of the people that you wish to make the connection with?” he asks. His words and music make that connection. He adds with a chuckle, “If I wanted to make to money, I would do something else.”

An edited version of this feature appeared previously in Salt Lake City Weekly.