NRBQ: the Unity of Man (and of former members), Part 2 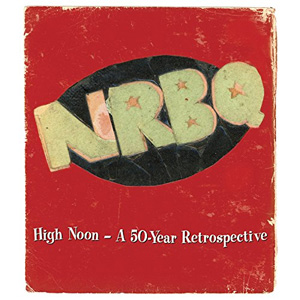 From NRBQ‘s start, jazz pianist Thelonious Monk was a hero to Terry Adams and his band mates. “The music of Thelonious had a big impact on me when I was a teenager,” he says. “I took a lot in, and heard him live many times, and needed to give it back.” That giving back took the form of Adams’ 2016 release Talk Thelonious, a re-imagining of songs from Monk’s catalog. Talk Thelonious is an Adams solo release in name only, as the NRBQ’s current lineup is featured prominently throughout the album. A track from that disc, “Ruby, My Dear,” is included on High Noon. “It’s the first NRBQ recording that is orchestrated,” says Adams.

“NRBQ’s wide variety is something we’re not conscious of when playing,” he continues. “It’s just natural, organic and honest.” Without it, he believes, “we wouldn’t be who we are. It keeps us happy and fresh.” The 5 discs that make up the new High Noon box set serve as a kind of musical travelogue through NRBQ’s music. The first disc features recent and/or new music from the Q’s current lineup, featuring Adams, drummer John Perrin, bassist Casey McDonough, and guitarist Scott Ligon. “Scott and Casey are the featured vocalists,” says Adams, who won his own medical battle (stage 4 throat cancer) a few years ago. 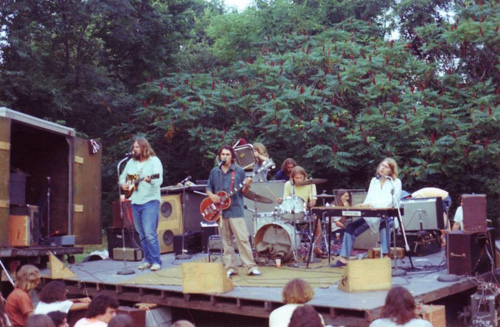 Adams says that Ligon and McDonough “have great ideas and are great writers. John Perrin is among the best drummers I’ve played with, and he’s only been in the band one year. So the band is moving faster than ever.” He adds, “This is not a sales pitch; it’s the truth. Because all of us – from the beginning through now – are building on something that’s already beautiful.”

High Noon‘s four other discs take a chronological look at the Q’s music, from 1966 tracks cut by pre-NRBQ group The Seven of Us, through the band’s various collaborations with Carl Perkins and Captain Lou Albano. “The early days were pretty wild and loose,” says Adams. “Really creative, but also unorganized in every sense. Around ’74 a change happened when Al Anderson and Tom Ardolino and the Whole Wheat Horns signed on with me and Joey Spampinato. Al was already very popular, and that was a great lift for the band. We began to play constantly on tour, and that made us get better and better.”

Tom Staley – whose drumming is featured on nearly all of High Noon‘s second and third discs – raves about the Q’s John Perrin. “In my opinion, that’s what the band’s been waiting for: that guy. He reminds me of the energy I had when I first started playing with the band.” He says that drummer Perrin is “really consistent, and he’s so interesting to listen to.” He singles Ligon out for praise as well. “The cat is just so talented and so dedicated to the spirit of NRBQ,” Staley says. “It’s what he wants to do in life. He has a chance to do it and he’s gonna relish every second.”

Staley left NRBQ in the mid 1970s. But there wasn’t some great falling out or anything, he says. “I was the first one to have a family. I don’t think I need to tell you that when you have that, the chemistry changes in a band. You’re thinking about your little boy that was just born, and now you gotta go on the road for a couple weeks. It caused a little bit of distance, because my allegiance was more towards the family. Eventually it got to that point where it was just a case of, ‘I just can’t do this.’”

He kept his hand in music, and began to focus on songwriting. Even though at press time the specific list of songs was yet to be decided, the thinking was that the October benefit show just might feature a Staley original or two. “Terry Anderson may play drums and let me play acoustic guitar and sing one of my tunes.”

Tom Staley reflects on the legacy of NRBQ, the qualities that have made the group special through all its lineup changes. “It’s kind of a smorgasbord of music, and it was coming from a place that was just wide open,” he says. “When you’re open to what’s happening on the planet, it’s all unified.” 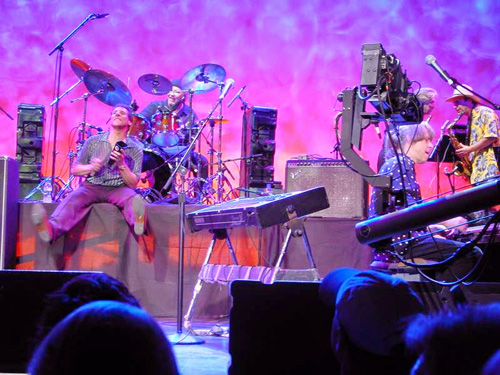 He laughs and adds, “I hate to be so deep and philosophical about it. But that’s really it. All of a sudden it hits you: Wow! You go out in the morning and what do you hear? I hear sweet birds singing, I hear car horns in the background. And it’s all music to my ears. It’s unity of the planet. All of these are sounds that coming from life here on this planet. And, you know, that’s reflected in the music of NRBQ.” Staley refers to something that Donn Adams‘ (Terry Adams’ brother) wrote on the liner notes of the Q’s first record: “The unity of music is imminent, as is the unity of man who created it.”

“We bring our own sound and style to the world,” says Terry Adams. “Some people may try to dissect our music. You know, ‘here’s where they got this or that.’ But that’s not what matters. We’re making something beyond that happen, and we’ve been doing it all along.” Adams sums up his own feelings about the music of NRBQ: “When people hear it and feel it, they’re never the same.”

An edited version of this feature appeared previously in Stomp & Stammer Magazine.