NRBQ: the Unity of Man (and of former members), Part 1

Longtime critics’ darlings NRBQ has kept the music going in one form or another since before recording and releasing its self-titled debut album in 1969. While sales figures of NRBQ’s more than 30 albums haven’t made the group a household name, the Q’s rich blend of American musical forms – rock, jazz, blues, rockabilly and more – has earned them a loyal and enduring following.

Fall 2016 featured two major events that should be of serious interest to anyone who’s ever enjoyed the music of NRBQ. Omnivore Recordings has compiled a 5CD box set of new, old, rare and archival NRBQ recordings called High Noon; the set is curated and compiled by the group’s founder/leader Terry Adams. Meanwhile, on October 20 at Smith’s Olde Bar in Atlanta, a collective of former NRBQ members and musical associates gathered for an all-star benefit in support of Karen Staley, wife of original NRBQ drummer Tom Staley. 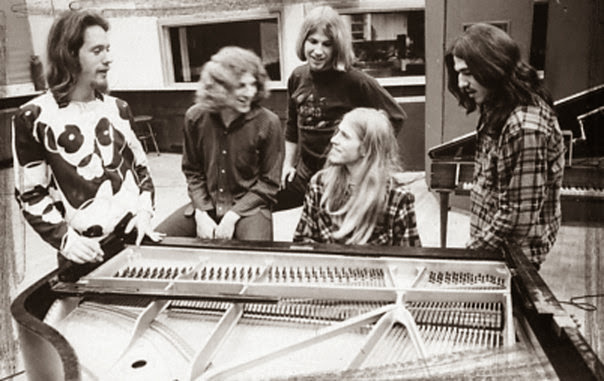 Karen Staley was recently diagnosed with Stage 1 breast cancer, but after doing their own research, the Staleys decided not to pursue the standard course of treatment. But alternative protocols aren’t always covered by health insurance plans, so Tom Staley has turned to friends and music lovers for help. The Staleys established a Gofundme campaign, and while that has been going well, the drummer felt that other strategies would be needed as well.

Staley says that the idea for a benefit concert “was a direct consequence of me just waking up one morning and thinking, ‘How can I make some money?’ And I thought, “You know, I should ask Al [Anderson] and Frankie [Gadler] if they would do a show to help me out.” Enlisting the help of Anderson (NRBQ’s guitarist 1971-1994) and the band’s original vocalist will, Staley hopes, attract NRBQ fans. Both men immediately agreed to help. “I built up the show around those two guys, and then tried to figure out who else we could get.”

In short order, Jim Bob Hoke also pledged to participate. Hoke has played on numerous NRBQ recordings over the years, and has also toured with group. North Carolina musician Terry Anderson – composer of The Georgia Satellites‘ 1986 hit “Battleship Chains” also agreed to round out the group. The bill also included sets by the Fenderbenders, Rodeo Twister and Agabus; the Hon. Ted Weldon served as Master of Ceremonies.

In addition to raising funds to offset the Staleys’ medical bills, the October 20 show was an opportunity to reunite friends and band mates who forged a long history together. Continuing the tradition established by the original Q’s lineup, the musicians didn’t use a set list for the benefit show. Recalling his years with NRBQ (1968-1974), Staley says, “we never had a set list. When things were right and the love was flowing, and we were all on the same page, songs would just happen. It was beautiful. It was an improvisational jazz approach to playing rock and roll.”

Even though Staley hasn’t been a member of NRBQ in decades, he’s a fan of the group’s subsequent work, and remains a friend of Terry Adams, who still records and tours with a newer Q lineup. “Terry can ‘call’ a great show,” says Staley. “He knows. He can read the audience; he knows exactly what the vibe is.” One of NRBQ’s musical secrets onstage has been Adams’ insertion of subtle cues into the body of a song, hints that wordlessly let the players know what’s up next.

Other times, recalls Staley, “while the audience was applauding, Terry would just yell out [a song title], and nobody in the audience would be paying any attention. And we would just fall into it. It became seamless if you’re out in the audience; people would wonder, ‘How can they do this without a thought-out song list?’ Well, it was just because of Terry’s brilliance in calling the show.” Adams gives credit to his various band mates over the years. “The players in the band always put their whole selves into it and like being open: music and happiness first. None of them wants to play the same as the night before.” 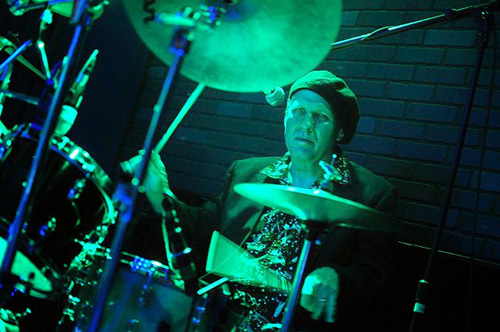 Another defining NRBQ characteristic is the group’s eclectic nature. From the beginning, the lineup included accomplished musicians whose tastes varied widely. But those tastes all somehow combined into the Q’s singular brand of music. Adams reflects on the wide array of influences that has informed every NRBQ lineup. “Everyone comes from their own place musically and brings it in. But I always make sure that everyone’s listening habits are broadened. The direction of the band … that’s 100% my fault.”

NRBQ’s self-titled debut record – a collection of first takes – featured original songs alongside covers of tunes by jazz composer Carla Bley, bluesmen Sonny Terry & Brownie McGhee, and Sun Ra‘s “Rocket Number Nine.” That wide-ranging approach set the tone for the next 40-plus years of NRBQ music. “We never tried to be far out,” insists Staley. He notes that both the group’s original material and its sometimes offbeat choices of covers all made sense in context. “We just loved Sun Ra. We just loved Lonnie Mack. We loved Wilson Pickett. It’s the same energy; it all comes from the same place.” Adams makes a similar point in different words. “I’ve been thanked by people for opening up their minds to lots of other music,” he says, “but it’s strictly a byproduct.”