Outside Now: A Conversation with Dweezil Zappa, Part 2

While Dweezil Zappa‘s tour will include a few tracks from Via Zammata, most of each show will center around performances of Frank’s challenging material. And Dweezil’s band follows the late Zappa’s onstage approach of building improvisation into the songs. “That’s one of the unique things about Frank’s music,” Dweezil observes. “He actually created spots within the songs for improvisation. If you play that same song a hundred times, it would be different every time. A large part of his catalog was created that way.” Now as then, that guarantees concertgoers never see the same show twice. 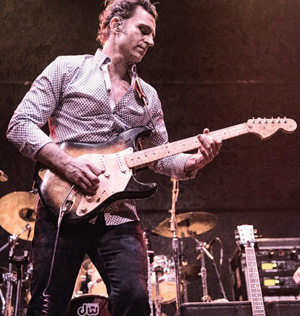 Dweezil characterizes his live set as a balancing act. “A lot of the people coming to a show are predominantly interested in hearing Frank’s music,” he readily concedes. “This particular tour set list is comprised mainly of early Mothers stuff,” he says, with a particular emphasis on music from Frank’s debut album, the 1966 double-LP Freak Out. “Then there is a large chunk of stuff from Joe’s Garage [1979] and some other stuff from the ’80s.”

“But,” Dweezil laughs, “we don’t ever try to create a greatest-hits kind of thing. ‘Cause there isn’t really anything like that.”

Dweezil explains that his own guitar abilities grew from studying his father’s music. “The hardest part was to develop a vocabulary that allowed me to speak in some of the same [musical] sentences that he would create himself,” he says. “I had to find ways to trick my brain into thinking that way.”

But he didn’t start out playing his dad’s music. Dweezil’s first single was “My Mother is a Space Cadet” b/w/ “Crunchy Water,” – “I had only been playing guitar for nine months when I made that,” he says – and if the single showed the influence of anyone, it was probably Van Halen. “I always loved my Dad’s music, but his music was way harder than any other music,” Dweezil says. “It didn’t seem like the obvious place to start. I knew that somewhere I would have to build up to that, but at the time that I got interested in guitar, Van Halen and Randy Rhoads guitar playing with Ozzy Osbourne, were huge influences. That stuff was the most popular music at that time.”

He recalls those days in the early 1980s. “It’s pretty crazy to put in all into perspective, the way the music industry is. But at that time, you really had to know how to play pretty well to be a rock band. Van Halen and Randy Rhoads … that stuff is not easy by any stretch, but it was a more of a condensed kind of thing for me to learn than trying to learn some of my Dad’s hardest music.”

When he was young, it wasn’t even a foregone conclusion that Dweezil would be a musician. Prior to recording “My Mother is a Space Cadet,” Dweezil was very active in Little League baseball. “We were on our way to the Little League World Series,” he recalls. “But we got knocked out just before we got into the final round. So I was really into baseball for a while. I actually pitched a no hitter as a 12 year old. Anyway, once I got deep into guitar, I pretty much abandoned the baseball ideas.” 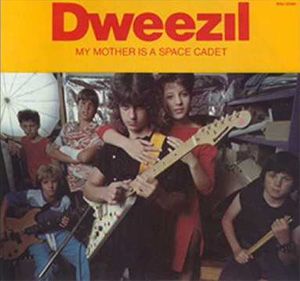 A recent documentary film, Eat That Question chronicled Frank Zappa’s life and career. The filmmaker’s approach involved using only Frank’s words to tell the story; there’s no narrator. Asked about his thoughts on the film, Dweezil gives a surprising (or perhaps unsurprising) answer. “I didn’t even know that film was being made until it came out,” he says. “That’s the kind of stuff that was happening with the ZFT. They basically don’t give Moon, or me any information about anything. But I did see the film and I thought it was well done.”

He makes the point that telling the whole of Frank’s story is a near-impossible task, but remains impressed by the film. “For what it was, in that two hour area, you got of a taste of how Frank looked at his career and making music and all that stuff. It didn’t have enough time to delve into every aspect of what he did. I did enjoy seeing personality come out in full force on screen.”

Toward the end of Eat That Question, the elder Zappa is shown in a clip recorded shortly before his death. He says that his work isn’t important, and that he doesn’t expect to be remembered. In fact, he argues, he shouldn’t be remembered. To those who’ve followed his work, that point of view seems mystifying.

“I always was aware of that quote,” Dweezils says, “because he said it more than once. I disagreed with what he was saying about his music, and felt it was more important for people to recognize. One of the main catalysts for me doing Zappa Plays Zappa was that quote.” Dweezil leans toward dismissing the quote, saying, “You know, it’s not exactly the most uplifting time of one’s life to look at things as unimportant at that point. I think that time will tell about how important Frank’s music really is especially in the world of modern classical and all that. As a composer he had a very unique voice. I do think of it as an important thing to carry forward and that’s why I continue to.”

When he’s not touring – or responding to “public letters” – Dweezil remains busy with other musical pursuits. He recently took part in Crown Guitar Workshop & Festival’s “Excel with the Masters” program in Montana – “I had nothing to do with that title,” he laughs – there he shared his ideas on how to make the most of one’s skill set on the guitar.

Many artists would find it difficult living in the shadow of their famous parents: one need only look at the careers of Alexa Ray Joel or James McCartney. But Dweezil Zappa isn’t intimidated by the prospect of comparisons with his father. “I think it’s something that other people try to place on me as a weight around my neck,” he says. “I’ve done something that has put me in direct comparison with my Dad’s work,” he acknowledges. “and through doing that, that’s how people become interested in what I do.”

What Dweezil Zappa does – beyond performing his father’s music and recording and releasing rock albums of his own – is quite ambitious. “There are a lot of things in the works,” he teases. “I’m planning an event in Europe where I will debut some orchestral works of my own.” How that will turn out remains to be seen and heard, but one thing is certain: Dweezil Zappa will continue to do whatever the f@%k he wants.