Album Mini-review: The Beatles — Live at the Hollywood Bowl 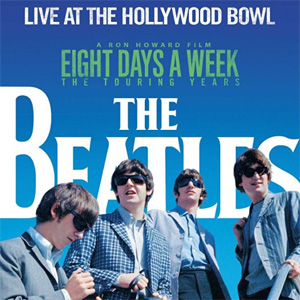 The act you’ve known for all these years is back. While the Beatles split in 1969, their shadow has loomed upon the pop landscape ever since. The 6 CDs worth of Anthology material thrilled hardcore fans, but the last of those came out 20 years ago this month. In tandem with Ron Howard‘s new documentary Eight Days a Week comes the first-ever digital-era release of Live at the Hollywood Bowl, the compilation of Los Angeles concerts in 1964 and ’65. For the original LP, producer George Martin cleaned things up as best he could (using available mid ’70s technology) but was clearly underwhelmed with the sonic quality. Working from a superior source tape, producer Giles Martin (George’s son) put together this new version, including some bonus tracks. Now you can hear the fuss, and – more importantly – what the fuss was about.