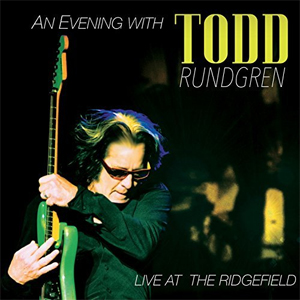 Rundgren has always been the most restless, resourceful and unpredictable of artists. It was two decades ago that he warned his days of releasing albums were over. That didn’t turn out to be the case. And he’s never made a secret of his general disdain of playing the old hits. So this CD+DVD set – a live document of his most recent tour – comes as a surprise, albeit a welcome one. Playing a tidy selection of hits (“Hello, It’s Me,” “Bang the Drum All Day”) mixed in with hardcore fan favorites (Nazz‘s “Open My Eyes,” Utopia‘s “Love in Action”) and deep album cuts from his massive catalog, Rundgren truly seems to be enjoying himself. With a stellar band featuring longtime associates Kasim Sulton and Prairie Prince, Rundgren sinks his teeth into the songs, showing why he’s among the most beloved of musical cult figures.