Nada Surf: Surf’s Up in Europe

New York City-based Nada Surf has been making albums and touring since 1992. And while their albums fare well among critics, they haven’t managed to break into the top tier of well-known rock bands. At least not in their home country. But in Europe, it’s a different matter.

“We’ve worked really hard to cultivate various parts of Europe,” says drummer Ira Elliott. “France took to us immediately; the French really love American indie rock.” He adds, “the fact that Matthew [Caws] and Daniel [Lorca] speak French didn’t hurt at all.” The group’s success there as well as in Austria and Switzerland has often sustained them. “At times when we couldn’t get arrested in the States, we could go to France and play a 22-city tour,” Elliott says. “And that’s the kind of thing that they don’t forget.” 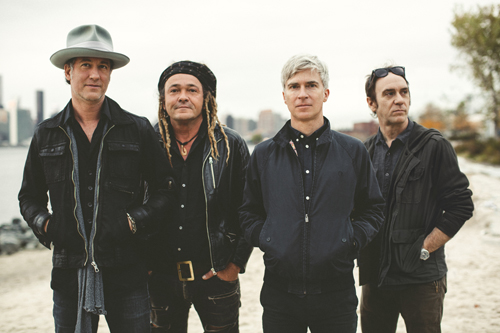 Back in the USA, Nada Surf enjoys a more modest kind of success. “I think Nada Surf should be much bigger,” says Elliott. “I’m biased, of course. But honestly, I don’t lose sleep over it.” He says that the group has plenty of motivation that drives them forward. Elliot sums up their collective mindset: “we’re a 20 year old ‘new’ band. And we’re trying to get people to like us!”

And they do in fact have enthusiastic fans in the United States. Early in Nada Surf’s history, some of the band members lived in Williamsburg, Brooklyn; Elliott says that they even held a number of practices in the basement of what’s now Music Hall of Williamsburg.

The group’s latest album, You Know Who You Are, is their eighth release. And even now, Elliott believes that Nada Surf “is still being discovered. Whenever you start making a record, in a sense you’re starting from zero. You put the past behind you, and here you are in the present.” He says that he and his band mates – guitarists Caws and Doug Gillard plus bassist Lorca – are proud of their body of work. “It’s amazing to us that we’ve been able to survive this long,” he says.