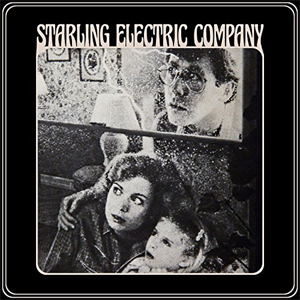 In 2008, Michigan’s Starling Electric released Clouded Staircase, one of the best albums of that decade, and one that almost nobody heard. The original songs combined the best qualities of Guided by Voices‘ Anglophile rock with vocal and arrangement prowess that encouraged positive comparisons with Brian Wilson‘s baroque-rock masterpiece Pet Sounds. The record earned critical praise, but otherwise went unnoticed, stiffed, and the band disappeared … for years. But out of the spotlight, songwriter/leader Caleb Dillon kept right on writing and recording. Around 2014 he finished what would become Electric Company, the cream of nearly a decade’s worth of home studio woodshedding. Finally released (digital-only) in 2016, Electric Company is a worthy successor to the first disc. Noisy rock coexists nicely with creamy harmonies and deeply melodic songwriting. Like Clouded Staircase, it’s both a song cycle and a collection of pop tunes