Yo La Tengo is Still “Murdering the Classics” 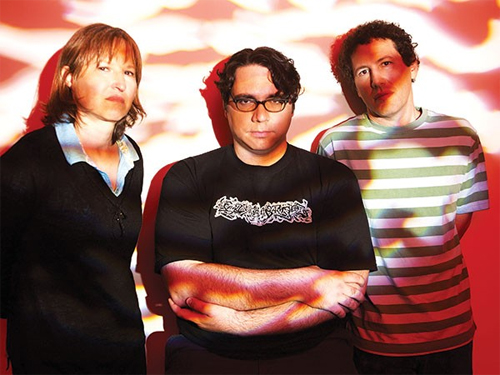 Hoboken, N.J.-based indie-rock band Yo La Tengo has long been recognized as much for their selection of cover songs as for their original material. Their sonic approach can recall anything from the dark psychedelia of the Velvet Underground to sweet, chiming pop. But on their latest album, 2015’s Stuff Like That There, the group chose to showcase songs by other artists in a manner that sometimes approaches folk, or even what used to be called “easy listening.”

Guitarist Ira Kaplan describes Stuff Like That There as “a sequel of sorts” to Yo La Tengo’s 1990 album, Fakebook. “The format of Fakebook was essentially a mix of cover songs and a couple of new songs, with a couple of revisions of some of our older songs.” With Stuff Like That There , the group “put some of the same ideas to work [to] see how it was similar and how it was different.” The original Fakebook project “is why [electric bassist] James [McNew] learned how to play upright bass, because [The Schramms‘] Al Greller played it on that record.”

Stuff Like That There gives the Yo La Tengo treatment to classics like Hank Williams‘ “I’m So Lonesome I Could Cry” as well as relative obscurities – a YLT specialty – like “Butchie’s Tune,” a deep album cut from the Lovin’ Spoonful‘s 1966 LP, Daydream . Even when they’re reinventing the songs of others – and despite album titles like Yo La Tengo is Murdering the Classics – Kaplan insists they’re never making fun of the songs. “I don’t think there’s anything irreverent about the stuff on Murdering the Classics ,” he says.

“There are a lot of ways to enjoy something,” Kaplan explains, citing the example of their 2006 cover of Yes‘ “Roundabout.” “While we might not enjoy the song in the sense of wanting to listen to it today, we still enjoy the idea of the song that you don’t even particularly like having wormed its way into your brain.” Murdering the Classics is a compilation of songs the band performed on a call-in request program on WFMU radio, so the band had to create impromptu versions of songs they hardly knew how to play. “In some pretentious way,” he chuckles, “there’s something really serious about those WFMU shows which – hopefully – is expressed in a funny way.”

Kaplan gives his perspective on Yo La Tengo’s collective love of cover songs. “I always liked seeing other bands do covers. A big part of going to see the bands at CBGB in the early days was that all those bands covered Patti Smith, Television and the Talking Heads. And it was something I liked. It just seemed like the kind of bands I liked going to see was the kind of band we wanted to be.”

Yo La Tengo is clearly not content to make album after album in the same style. But Kaplan isn’t comfortable with characterizing the group as musically restless. “I don’t think it’s something we’ve really examined that much. We like doing different things.” That means that someone who sees them onstage on one tour might have a completely different experience at their next show.

Kaplan recalls something that happened in 1990, when the group was touring in support of Fakebook while opening for the Sundays. “We did quite a few shows that year with upright bass, doing songs in Fakebook style.” A couple weeks after one of those shows, Yo La Tengo played a much more rocking, electric set at New York City’s famed CBGB.

“Somebody came up to me, and he was staring at me kind of borderline rudely,” Kaplan recalls. “I didn’t know who the person was; I didn’t know what was going on. And this person just said really slowly, ‘Did you open for the Sundays?’ I told him, ‘Yeah, that was us.’ And it seemed almost unimaginable to him that it could be the same people! It even relates back to the thing I said about humor: it’s just a reflection that most people’s personalities aren’t one thing all the time. And we just like being ourselves.”

While some things have changed in the 30-plus years since Yo La Tengo released their debut LP, Ride the Tiger , Kaplan believes that many things remain the same. “If you could go back 20 years and take a picture of yourself, you’ll think, ‘Oh my god! I was so young!’ You live day by day, and I think it’s startling to be thrust back into that time the way photos can do. But I don’t think I’m that in touch with how certain things felt. I think time has wiped those memories, or even changed those memories.” He sums up by saying, “In a broad sense, we are just trying to make the best records we can.”

The current run of concert dates isn’t really in support of Stuff Like That There , which was released in August of last year. So the core trio – Kaplan, McNew and drummer Georgia Hubley (who’s also Kaplan’s wife) – will be characteristically unpredictable. “We’ll do some of the songs from Stuff Like That There ,” Kaplan promises, “but there will be other songs that we’ll be pulling out.”