Five more quick ones. All these albums bear further investigation. 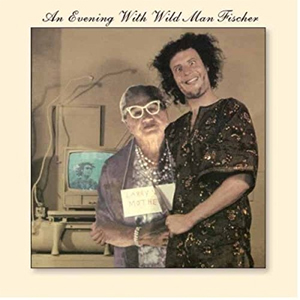 Wild Man Fischer – An Evening with Wild Man Fischer
Conventional wisdom holds that while Gail Zappa was alive, she prevented reissues of many albums originally released on Frank’s Bizarre/Straight labels. Whether that’s true or not, Gail’s gone now and we finally have a legit reissue of one of the strangest albums from among a strange lot that includes the GTOs, Alice Cooper and Judy Henske and Jerry Yester. This belongs in your collection somewhere near the Shaggs and the Residents: outsider music that – while truly weird – has a kind of bent appeal. Is it exploitation of the mentally ill, celebration of outsider artists, or both? You decide. 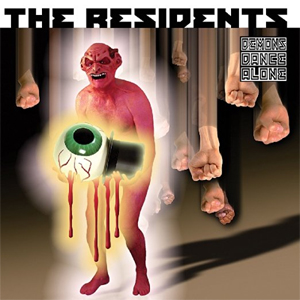 The Residents – Demons Dance Alone
Music’s most malevolent sonic tricksters, the Residents are oddball (eyeball) outsiders extraordinaire. Masters at multimedia, the anonymous and inscrutable outfit never fails to intrigue and confound. This set – originally released in 2002 – is a concept piece centered around reactions to the September 11, 2001 attack on New York’s World Trade Center. The actual Residents – whomever they are or were – seem to have limited their participation on this recording, though the vocalist (“Randy??”) will be familiar to those who’ve followed their work. Musically more accessible than a lot of their catalog, it’s still resolutely weird and disturbing. 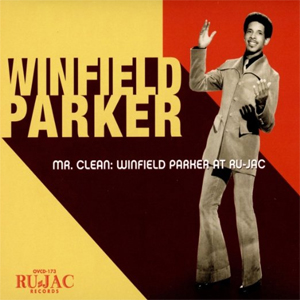 Winfield Parker – Mr. Clean
This engaging soul singer from the Baltimore-Washington area managed some minor hits, but isn’t otherwise widely known. Omnivore Recordings has collected his work for the Ru-Jac label between 1964 and ’68. It’s solid stuff sure to please fans of deep soul. Parker isn’t some undiscovered Sam Cooke or Otis Redding, but he’s a fine singer with a good command of the material. Even though the subject matter focuses on standard love themes, there’s a strong gospel feel throughout these sides. That’s unsurprising; Parker became an ordained minister around 1980, though he continued his soul/r&b career alongside his more heavenly duties. 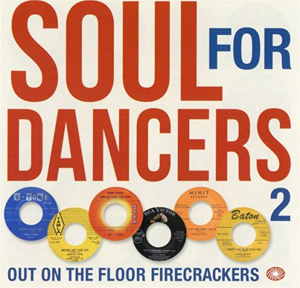 Various Artists – Soul for Dancers 2
Yet another essential collection from the folks at UK-based Fantastic Voyage, this set features sixty – count’ em: 60 – American soul tracks, many of which only the hardest of hardcore musos will already have in their collection. Familiar names are here alongside lesser-known artists, but the quality of the material is the uniting thread. The set opens with Bobby Bland‘s “Turn on Your Love Light” and the fun never stops all the way through The Hi-Fi’s track “My Dear.” The only way FV could improve on these collections would be to assign me the task of writing liner notes. 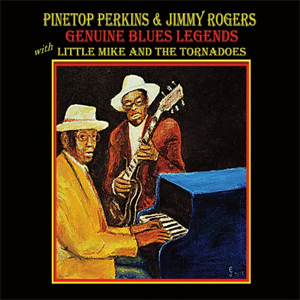 Pinetop Perkins & Jimmy Rogers – Genuine Blues Legends
In May 1988 at Ellsworth, Maine’s Grand Auditorium, blues pianist Joseph William “Pinetop” Perkins and blues guitarist Jimmy Rogers performed, backed by a New York blues outfit called Little Mike and the Tornadoes. The band was led by harmonica player Michael Markowitz. As they run through originals and standards (“High Heel Sneakers”), both are in fine form. The sound is fair to good; it sounds as if the set was recorded with omnidirectional mics that weren’t close to the stage. It’s better than a bootleg but won’t ever be mistaken for a pro recording. Enjoyable, but primarily of historical interest.