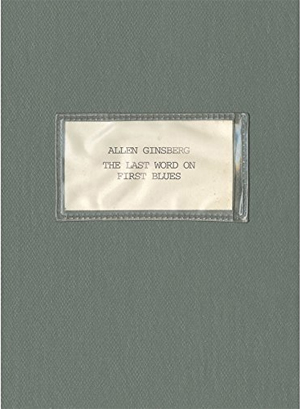 File next to: William Burroughs, The Fugs, Lenny Bruce

Beat poet Allen Ginsberg is a towering figure in America’s cultural history. Most of his recorded material is spoken word, but in 1983 he cut an album of music called First Blues. With a ramshackle folk backing from pals including Bob Dylan, First Blues is a kind of musical cousin to Dylan’s own Basement Tapes. Ginsberg’s songs are essentially musical versions of his poetry, and for the ’80s, somewhat transgressive (“You Are My Dildo”) and boundary-pushing (“Dope Fiend Blues”). This lavishly packaged 3CD set reproduces the double LP and appends an extra disc of related material from the same era, including a pair of tunes performed live at NYC’s famed Folk City. Reissue producer Pat Thomas contributes an enlightening liner note essay that puts the entire package into its proper cultural and historical context.