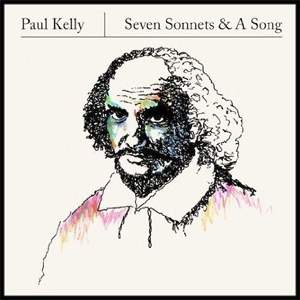 Australian treasure Paul Kelly has long been recognized as a consummate songwriter; more than most others who’ve tried, he bridges the chasm between singer/songwriter, country/roots artist and rocker. In recent years, he’s moved in some rather ambitious directions, including 2014’s The Merri Soul Sessions in which he largely ceded vocal duties to other singers. Kelly’s outside-the-box aesthetic shines with his latest, an EP-length project that sets the poetry of one William Shakespeare to music. With a decidedly Americana-esque musical sensibility – as opposed to the more obvious UK folk/Elizabethan angle – Kelly sings familiar lines like “Shall I compare thee to a summer’s day?” (“Sonnet 18”) in a manner that suggests the bard wrote those lines to be sung, not spoken. The Merri Soul Sessions guest Vika Bull returns to sing an adaptation of “My True Love Hath My Heart.”