For American music consumers in the late 1970s and early ’80s, Australia may as well have been in another galaxy as on the other side of the globe; in those pre-Internet days, getting information about the existence of – much less the actual music by – bands from down under was no easy task. Even if one looked beyond the normal outlets, info was hard to find. Even the influential (and otherwise quite comprehensive 1980 book The New Music – by Australian music authorities Glenn A. Baker and Stuart Coupe – makes little or no mention of the Scientists. 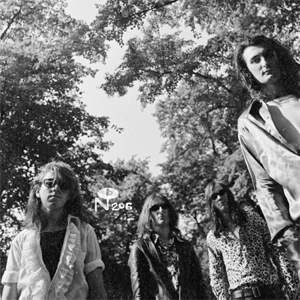 In fact, after a fairly extensive write-up on the Saints and Radio Birdman – two groups who richly deserved the ink – the authors wrap up the section on Australian “new music” by adding, “Just for the record, some of the other influential bands that have existed over the past four years in Australia are…” and then listing no less than 27 others. The 26th band named: the Scientists.

There’s some reason for their relative obscurity. For many of their years together, the Scientists were based in Perth, on the western shores of the Australian continent. Far – really far – away from the other centers of population, they toiled in relative obscurity. But they made a good bit of durable music, and their complicated, convoluted history shows the name of Dave Faulkner, later the founder/leader of Hoodoo Gurus.

Faulkner was never actually a Scientist; he played with earlier related configurations that went by names such as Moulin Rouge, The Victims, Midget and the Farrellys, and the Manikins. (Numero’s A Place Called Bad box set includes a mini-poster “family tree” a la Pete Frame that “attempt(s) to clarify the genealogy” of the Scientists.)

Only the Scientists’ 1986 LP Weird Love was even released in the USA, and that one had the relative misfortune of coming out on Big Time, a label that – despite its impressive roster – had stateside distribution problems. I worked at a record store in those days; we were always excited on the rare occasions when a Big Time title would find its way to the store. I do not recall Weird Love being one of those.

Short story long, few Americans have ever heard the Scientists. And that – coupled with the historical import and generally high quality of their music – is why their catalog is ripe for (re)discovery. And Numero Group has made it easy with the release of A Place Called Bad, a 4CD set that includes every studio recording the band ever released (those LPs plus some EPs and singles) and “Live Cuts,” a disc full of previously-unreleased live performances recorded at various dates between 1979 and 1983.

The band’s sound is a sure-footed balancing of snotty punk and hooky, catchy riff-pop. The guitars simultaneously jangle and crunch; while Perth wasn’t exactly influencing the world music scene, the influence did work the other way ’round, and listeners will find that what the Scientists were up to in the early-to-mid years of the so-called new music holds up quite well against like-minded acts from the UK and America.

A 68-page booklet joins the four discs and the poster, all housed in a sturdy and attractive box that will fit on your CD shelf. Note that A Place Called Bad is available in a potentially confusing myriad of configurations; the photo that accompanies this review shows the CDs, LPs and an oversize booklet; this review addresses the no-vinyl, no-download card version, which is nearly the most comprehensive, and perhaps the best value.