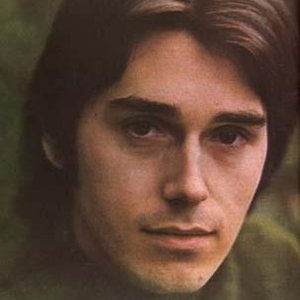 Word has it that Emitt Rhodes does like his privacy. What that means in practical terms, I am told, is that when I telephone him at the scheduled time for our interview, I should announce myself when the call goes over to Emitt’s answering machine. This I do, but Rhodes doesn’t pick up the phone. I contact his press representative in hope of rescheduling or otherwise sorting out whatever the problem might be.

Later that day I learn that the 66-year-old Rhodes has once again fallen victim to some health-related issues, rendering him unable to do our interview. Happily, there exists another opportunity later in the week. So my audience with the Great and Powerful Oz might still take place.

But days later when Emitt Rhodes answers the phone – after waiting for me to announce myself to his machine once again – it’s quickly obvious that he puts on no airs; he’s not pretending to be anything he’s not. Talking with him, one would never imagine that he’s the sole creator of some of the most compelling and interesting music of the early 1970s. He’s surprisingly – for lack of a better word – together.

Like the music on Rainbow Ends (nearly all of which is solely composed by the man himself), Emitt Rhodes is free of artifice. He’s … just a guy. Perhaps not as melancholy as his songs, on this day at least, Rhodes is warm, unguarded, candid and funny. “I’m doin’ better,” he tells me when I inquire about his health. “I’m hoping I’m well enough to pull this [interview] off.”

We talk briefly about the endless comparisons to Paul McCartney. He laughs it off but then all but admits to it. “The Beatles were a huge influence on me. They were the reason that I thought pop music was worthwhile.”

I ask him why he abandoned his go-it-alone approach when making Rainbow Ends. He pauses, presumably to come up with a suitable answer. “Well…it was just…easy.” We both laugh; metaphorical ice now broken, he continues. “They’re all wonderful players; everybody is a better player than me. I was working with Chris [Price]; he put everybody together. And I was quite impressed with everybody’s playing; I was doing my best just to keep up with them.”

That may be, but Rhodes’ previous method of singing and playing all of his own instrumental parts served him well on his albums back in the 70s. Recalling his time in The Palace Guard as a drummer, he recalls, “Then I learned how to play the guitar and sing, and I started writing songs. I was learning how to play piano. I had the instruments.”

So he did it all just because he could? “Bands are just a real pain in the ass,” he says. “getting along with everybody over a long period of time. So I made solo records because I thought I could.” He pauses and again decides to restate his point in different words: “Or … I didn’t know I couldn’t.”

He continues. “I had a tool shed that my father had built on the back of the garage. And I had the ability; I had been in the studio with The Merry-Go-Round, so I was somewhat accustomed to tape machines.” He discovered early that he had an aptitude for the technical side of things. “I love mechanics; the whole world is a mechanism, to me. So it just seemed like the right thing to do; I just did it naturally. I didn’t need to talk to a drummer; I just drummed myself. I didn’t need to talk to another guitarist; I just played it myself.”

Rhodes adds what might be the most important part of his answer: “And it was fun. I was young, and it was fun.”

I ask him how the entire Rainbow Ends project came about. “Chris is a friend; we met some time ago. He wanted me to produce [a project], but that didn’t occur. So he decided he’d produce me.” I’m left with the impression that this is an oversimplified version of what actually happened, but it will do for now; the important thing is that it did happen.

Even though Rhodes had never been a high-profile artist, among those in the know, his back catalog is respected. And after a forty-plus year absence from the scene, that respect might intimidate some artists. “Not at all,” he says. “I’m proud of the [new] songs I’ve written. I just found the facility – given to me by Chris, pretty much – to make the record.” He tells me that basic tracks for the disc’s eleven songs were laid down by him and the band in two sessions. “They learned the songs, then they played ’em. We went back and picked the best takes, and that was about it, except for some overdubbing.”

There’s nothing about Rainbow Ends – not its lyrics, the playing, nor the production aesthetic – that suggests 2016, or any other year for that matter. I wonder aloud about the influence that current music might exert on Rhodes. “I can’t help” but listen to current pop, he says. “I was listening to a lot of rap” when writing the songs, he deadpans.

Rhodes learned the hard way about record deals; his arrangement with Omnivore is limited to the one record, and while the label would almost certainly welcome another album, label head Cheryl Pawelski respects Rhodes far too much to even consider cornering him with unreasonable demands. “Emitt will always have a welcoming home here at Omnivore,” Pawelski says. “After the first listen to Rainbow Ends, we knew it was a special album on par with all the music we loved from him before.” She adds that “We’re here for Emitt and his music in any way that makes him comfortable.”

Rhodes says that he too hopes he can make a follow-up to Rainbow Ends. He’d enjoy working with the same crew, too. “I still have songs,” he says. “And I still write. I’m still learning, still trying to be a good musician. So I’m hoping I can put out another record.”

Once again, Rhodes pauses, then adds a postscript. “And I’m not going to take forty years to do it.”

As we finish, I ask him about the prospect of live dates to support the new album. “As soon as I get well,” he says. “I did the Grammy Museum gig, and I caught the flu. I thought it was bad then, but it got worse. And I’m old now, so it takes me a long time to get better.”

So in the end, Emitt Rhodes is just an average, average-looking California guy in his mid 60s. He made some wonderful records decades ago, and he’s crafted another very good one now, but all that seems to be of less than world-shaking consequence to him.

He likes to write songs. He likes to record those songs. Despite his protestations, he may or may not like to get out in public and perform those songs. Emitt Rhodes is not a rock star, and he’s most certainly not The Wizard of Oz. He’s much more like the rest of us, a regular man behind the curtain. And that he has pulled back that curtain to make a new album – not to mention talking to people like me about it – has probably taken more effort than we know.