Bill Kopp: Your name routinely shows up on “best guitarists” lists. Do you get any satisfaction from that, or is it wholly irrelevant to what you do?

Derek Trucks: I remember when the Rolling Stone list came out and I made the list; it was fully unexpected. Part of me was like, ‘Oh, cool!’ But then you read the list and realize, yeah, the whole thing is kinda bullshit. Music is not sports. I think all that stuff is pretty silly in the end. But you can’t help appreciate being part of the conversation.

I don’t spend too much time thinking about it; when those things come out, I don’t run to the newsstand. When I was younger and the most locked-in and fiery about it, almost to be contrarian I’d pretend that I hated all of it. But when you have a band, you realize that any and all of it helps keep this thing on the road. Any small thing helps introduce people to the music, so we appreciate it on some level. 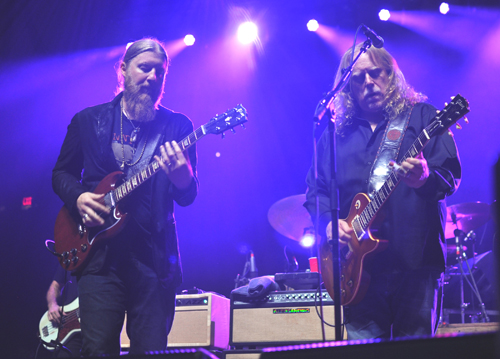 But it doesn’t change what we do. Because we’re stubborn; we play the music that we’re inspired to play. We don’t pander musically. We don’t make records that we think are going to be on the radio; there’s no record industry any more, anyway.

BK: Warren Haynes told me a story that happened at the Be Here Now club in Asheville during a Christmas Jam in the 1990s. He said, “Derek Trucks’ guitar got stolen out of the dressing room because of people running amok. After that incident, my wife Stefani said, ‘Okay, that’s it. We’re not doing it at this level any more. We’re going to run it like a real show.’” So that unhappy event was the impetus that pushed the Jam to the next level.

DT: That’s a nice silver lining, to know that it played some part in getting it to move to a bigger venue. It’s kinda funny; I didn’t know that part of the story. I had played 2 or 3 of the first handful of Christmas Jams at Be Here Now. In those days I only carried one guitar; I would maybe have a backup on the road. At that point I was playing this custom Washburn that they had built for me; it was really the only instrument I played.

I remember going backstage after the set and looking for an instrument that was no longer there! It was a pretty shocking moment, especially at a benefit with musicians volunteering their time and energy. I’ve never been super-attached to any one instrument, but it took a moment to readjust when I got my next guitar.

I think about two years later, that guitar resurfaced; whoever had stolen it had been bragging about what it was, and somebody basically told him, ‘You’re an asshole. You need to give that back.’ I don’t know who returned it – it was a friend of a friend of the person who stole it – but it showed back up at one of our shows. 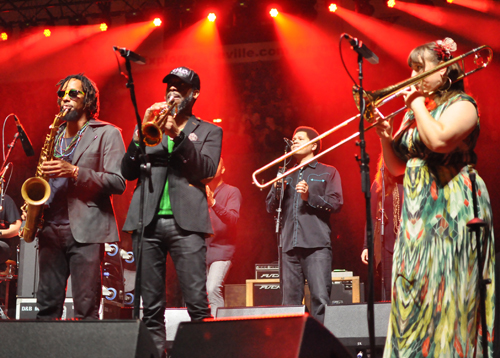 But I could never play the guitar again; it felt like it had been tainted in some way. I still have it now, but I never went back to it. I just moved on; there was something that felt unholy about it. We have had a few go-rounds like that; about 3 years after that, we had our whole trailer, with all our gear in it.

BK: As an instrumentalist – and here I’m thinking primarily of solos – to what degree do you kind of take into consideration what a given song is about, its emotional content?

DT: I think it’s crucially important. And I think it’s one of the things that evolves more and more the longer you play and the older you get, as long as you’re tapped in. When we put this band together and started writing as a group, I started considering that more and more. The more involved you are in the writing of a song, the more you feel that; you know what the sentiment is. You know what the story behind the song is, and the feeling that you’re trying to evoke.

Especially when there’s a solo in the middle of a song, it really should be in the flow of what it’s about. Sometimes that can be a really extended, stretched-out solo; when I think about Duane Allman‘s solo in ‘Dreams,’ it’s very much in the spirit of what the lyric is about. No matter how far he stretched it, he always kept it in context. I think that’s what separates his performance on that tune from a lot of people after him: it would be an amazing musical moment, but maybe it wasn’t always in the spirit of the lyric. When I go back to listen to his original take on it, it feels like a lucid dream.

Whether it’s a tune that we recorded like ‘Shelter’ or ‘Until You Remember,’ – the ballads – we really do think about the lyrical content and the feeling we’re trying to portray as a band.

BK: Your and Susan’s kids are now in – or coming into – their teenage years. What are their musical tastes like?

DT: They listen to a lot of different things. My daughter is more tapped into what’s happening now; she’s more prone to listen to what’s around, what her peers are listening to. But she still listens outside of that a lot. There’s a lot of music that we like, music that she’s been turned onto through us, that she listens to.

My son will have headphones on, and I’ll say, ‘Gimme one of those ear buds; what are you listening to?’ And it’s generally Hendrix, The Beatles or Sly Stone. He’s been on a David Bowie kick for the last few years. I enjoy that he’s going down those wormholes, listening to a lot of the same stuff that I was digging at that age. That’s kinda fun. 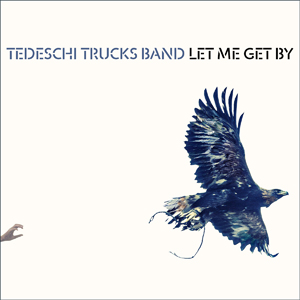 BK: Has either of them picked up an instrument yet?

DT: A little bit here and there. My son is in full baseball/sports mode, and my daughter has her interests. They haven’t fully gone in; they dabble. They certainly have a bit of a talent for it. I don’t think they’re exactly rebelling against it, but seeing the amount of musicians that are around, I think it’s a bit intimidating to jump in. They’re a little conscious about it; they can’t really do it in secret.

BK: What would you say if one of them said, “Mom and Dad, I want to be a road musician”?

DT: I would warn them of the pitfalls, but I’d tell them: ‘If you have the bug, you’re going to do it regardless of what anyone tells you. So make sure you’re doing it for the right reasons. If you want fame and money, there are probably better ways to go about getting those. But if you’re doing it because you’re sick like the rest of us, then God bless you and more power to you.’

BK: You’re credited as the sole producer of Let Me Get By, after being a co-producer on the previous albums. What did that mean in practical terms?

DT: I think it just meant that we didn’t have an outside producer, that we did it ourselves. I definitely had to take on more of a role. Jim Scott, who we worked with on the last two studio records, has been amazing. He’s done it for years, and he knows how to make a record. He’s very methodical about the steps along the way, and I really learned a lot from him.

[For example] if you’re doing vocal overdubs, there are different ways to pull out a great performance, to really key in on moments that are strong. Even the way he would take notes on the songs, the process of making the record; those are things that I’ve borrowed from him. Also, the idea of being brave about getting sounds. In this age of digital recording on ProTools, you can put eight guitar mics out there and mix the sounds later, but his concept is always: ‘Get a sound that feels good in the control room, and submit to it.’ Because you’re never going to go back and dig through all those pieces and come up with the magic sound. Get the sound that feels good, and that will influence the way you perform, the way everyone else hears it. Get it right out of the gate, and commit to it.

I learned a lot from Jim. But this time we did it all in-house. We wrote all the material, we self-produced it, we mixed it with Bobby Tis using our own studio. A lot of time it felt like there were no adults in the room, in the best sense: “We’re on our own; let’s make this happen!” Al the things you’ve learned along the way making records lead you to think, “Maybe I’d like to try it this way.” And then we just went ahead and did it. It was a great process, and a great time of growth for the band and for me personally.

And I’m looking forward to getting back into our studio, really. I think everybody’s kind of itching to get back in, start writing again, and experiment sonically. Everybody wants to get braver and braver as far as getting interesting sounds and taking more chances that way. That’s the beauty of having a studio: you can try a lot of things before you commit.