The nephew of Allman Brothers Band drummer and founding member Butch Trucks, guitarist Derek Trucks was a musical prodigy. He started playing gigs before he reached his teens; by 13 he had toured. By 17 he formed The Derek Trucks Band. At age 20 he became an official member of The Allman Brothers Band, remaining with them until they folded in 2014. With his wife (guitarist/vocalist Susan Tedeschi) he formed Soul Stew Revival in 2007; by 2010 that project evolved into Tedeschi Trucks Band. In January 2016 TTB released Let Me Get By, their third studio album. The group’s current “Wheel of Soul” tour headlines a bill that also includes Los Lobos and North Mississippi Allstars. Days before the tour kicked off, Derek Trucks took the time for this wide-ranging interview. Note that a much shorter edit of this interview appeared previously in print in Stomp and Stammer. — bk

Bill Kopp: Onstage, Tedeschi Trucks Band evokes the spirit of two things: the Joe Cocker Mad Dogs and Englishmen tour, and the Stax/Volt Revues of the 1960s. But you and your band make it your own; you never sound or feel like some kind of tribute. How did it come to pass that you put together that kind of a revue project?

Derek Trucks: When Susan and I first started talking abut putting a band like this together, we were certainly influenced by bands like Sly & the Family Stone and Delaney & Bonnie. We had just watched the Mad Dogs & Englishmen film, and something about that traveling circus really hit us. You always have these thoughts: ‘It would be great to have a horn section on the road, and it would be great to have background singers.’ But you never really have the nerve to do it. It struck us that if we were ever gonna do it, that was the time. We were still young and dumb enough to give it a shot. We felt like we had been around long enough to pull it off, so we dove in. 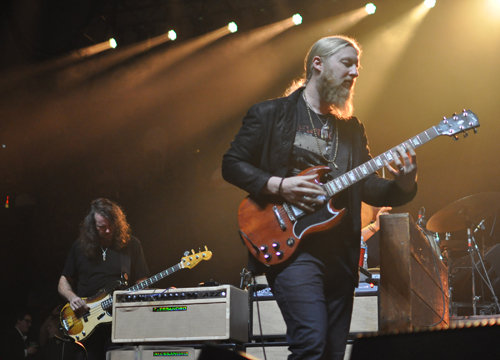 It took a minute to evolve; [it usually does] when you put that many good musicians in one place. We didn’t want to play tunes from Susan’s catalog or my catalog, or any of the other things we had done; we wanted the band to write its own music and make its own way. We knew that all the things we had done up to that point would get some people in the room, but we wanted it to stand on its own.

We gave it a good 2 or 3 years of really pushing through with its own material. And I think that’s what set it apart from something that’s derivative. We don’t hide our influences, but we don’t live in the past, either. You try to channel it through the filter of ‘right now,’ and what everyone in the band has personally lived through.

BK: You evoke the spirit, but it’s your own thing.

DT: Exactly. And I think that the spirit is of a time when people made music more for more pure reasons. The world in general is a pretty cynical place; it really seems to be about the bottom line, about getting over on people more than making music. There are so many tribute bands cashing in on a name, or on songs that were written 50, 60 years ago instead of trying to build something. The whole idea of getting out there with a 12-piece band lets people know that you’re interested in the sound first, and not the bottom line; it’s a little different mentality.

BK: Nobody who’s focused on the bottom line is going to put together a band of that size…

DT: That’s for sure. And there’s not a lot of extra bunk space, either!

BK: From their very beginnings, The Allman Brothers Band had a musical sensibility that was closer to jazz than rock. And owing to your long association with them, I wasn’t surprised to read that you count Sun Ra as an influence.

He was one of those [for whom] it was the spirit of the thing; the message of the music was more important, certainly, than the commerce of it all. He was thinking big-picture. And I love the longevity: he had guys in his band – like John Gilmore and Marshall Allen – who were lifers. It was like joining the military or something: you devote your life to it, and this is it. And Sun Ra never let up, right to the end. 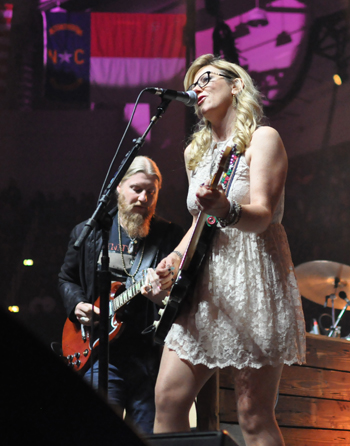 Someone like John Gilmore could have had a solo career, and been a much bigger name than he ended up being. But he really believed in the music they were playing. I love the mythos of the whole thing; there are a lot of great movies about him, and even movies that he made. And so many records: I still find Sun Ra records that I had never heard of. And they have gold in ’em. We found one called Nuclear War a few years ago; it’s classic Sun Ra. And when he does break out and sing, or do the spoken word stuff, it’s pretty hard to beat.

BK: Every discography I’ve ever read of his stuff includes a disclaimer: “There are probably more that we don’t know about.”

DT: Absolutely. He was one of the first guys to have his own record label. They were pressing records by themselves in small batches. The Sun Ra Research and Saturn Records, those labels were hand-made by the band! I’m always looking out for those in weird record shops; I’ve yet to find a hand-pressed Sun Ra record, but I think they’re out there.

BK: How did you discover other artists and music: was it through the older musicians around you, or did you actively seek out new music to discover?

DT: It was all of the above. Any time I was around a musician I really looked up to or enjoyed being around, I would always pick their brain: what are the handful of artists who really changed your life? In the beginning, from the people I was playing with I was getting turned on to Freddie King, Albert King, Bobby Bland, Howlin’ Wolf and that stuff. But when I was 12 or 13 I played with Col. Bruce Hampton and the Aquarium Rescue Unit for the first time, and I got really close with a lot of those guys.

I remember my 14th birthday: I was in Atlanta, and the Colonel took me to a record store. They actually had the Hampton Grease Band double-LP [Music to Eat, released in 1971], and he bought that for me. But he also bought me a Sun Ra record, and [John Coltrane‘s] A Love Supreme.

I learned about a lot of music from Jeff Sipe, who was playing drums with the Colonel at the time. Jeff turned me on to a lot of Indian classical music: Ali Akbar Khan, Nusrat Fateh Ali Khan. A lot of those influences became pretty life-changing for me.

BK: You studied for a time at the Ali Akbar College of Music. What did you get out of that experience? 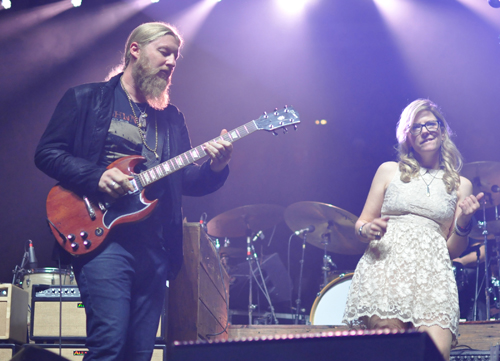 DT: Jeff had showed me some footage of Ali Akbar Khan and Zakir Hussain playing together. At around that age – 13 or 14 – that’s when your mind starts searching for things that are either a little mysterious or a little outside of the norm. There was something about the seriousness and the way they went about the melodies. And the music was light turning on a lightbulb for me.

And then when we were traveling out west, I read that [Khan] had a college in San Rafael, so we just stopped in. I never really fully studied there; I wish I would have. But every time we were out there, they would let us sneak in. We would sit in the back of the room and watch classes. So I got to see Ali Akbar Khan teach a handful of vocal and instrumental classes. He had a rule: if you were taking an instrumental class, you had to take the vocal class. His thing was, you need to know how to sing the melody before you play it. Because you should be singing through your instrument.

And that concept really struck a chord with me. When you’re playing, what’s the point of a barrage of notes if there’s no thought of melody or sensibility behind it? I had always felt that way naturally, but hearing somebody like him explain it so clearly was a moment.