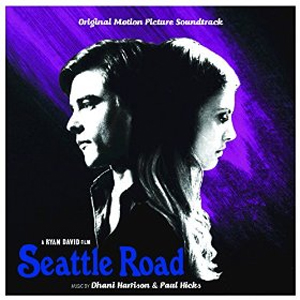 When George Harrison first stepped out of the shadow of the Beatles, he did so with a pair of albums that few heard. Electronic Sounds was a synthesizer record, and Wonderwall was the soundtrack for a film. Though he’s his own man, Harrison’s son Dhani‘s musical career has its parallels: his group thenewno2 made pop music with a decidedly electronic bent, and of late he’s been involved in soundtrack work. Almost nobody saw Wonderwall, and few are likely to screen the tepidly-received Seattle Road, but the latter’s soundtrack – made with Dhani’s frequent collaborator Paul Hicks – has an appeal of its own. Evocative in its own way, this understated album creates moods. The vinyl- or digital-only Seattle Road rarely rocks; instead it’s filled with sweeping atmospheric instrumentals and some classical-leaning pieces that display its composer’s breadth of skill.