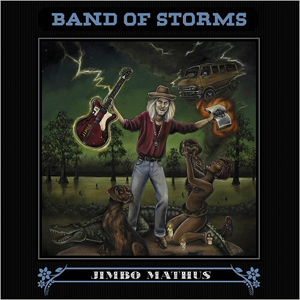 File next to: JD McPherson, Dr. John the Night Tripper, The Replacements

Every so often, an artist comes along who displays a true understanding of what rock ‘n’ roll is really about. It’s a mongrel with clear ancestry in blues, country, gospel, and even hokum of the 19th century. Only the rarest of artists can resist the temptation to carve out some supposedly new genre (post-rock, anyone?) and instead make original rock ‘n’ roll with his or her own personal spin. Jimbo Mathus is such an artist. Whether he’s serving up southern rock with beefy horns (courtesy of The Bo-Keys’ Scott Bomar), channeling Huey “Piano” Smith, raising the ghost of Johnny Cash, or paying subtle tribute to Big Star, Mathus proves that there’s plenty of life left in this thing we call rock ‘n’ roll. One can hardly go wrong with any of Mathus’ efforts, but Band of Storms may just be his best to date.