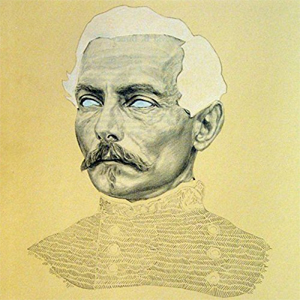 Rogue Wave – Delusions of Grand Fur
While nothing on Delusions of Grand Fur sounds as if it’s lifted from other artists, I get the nagging feeling that I’ve heard it all before. The songs are melodic and catchy, but the whole affair sounds to these ears a bit like the vocalists of Fleet Foxes backed by Edward Sharpe and the Magnetic Zeroes. Which is to say that it’s a kind of electro-indie-folk, with all the airy, light touches and vaguely (but only vaguely) psychedelic trappings that suggests. There’s not a thing in the world wrong with these songs, but if you’re looking for originality, keep going. 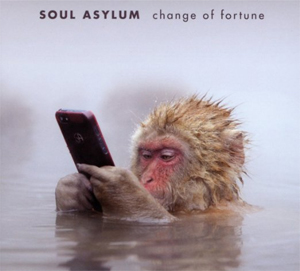 Soul Asylum – Change of Fortune
I have to admit I didn’t know these guys were still at it; last time I heard anything about them must’ve been right around the time my son was born. He’s 23. And “these guys” is something of a misnomer: only frontman Dave Pirner remains from the group that made Grave Dancers Union. All that said, if you’re like me and have a three-good-songs minimum for album purchases, this succeeds. While “Can’t Help It” is empty sub-Aerosmith riffrock, “Supersonic,” “Doomsday” (which one can imagine Cheap Trick having done) and the surprisingly subtle “Ladies Man” are exemplars of melodic, memorable rock. 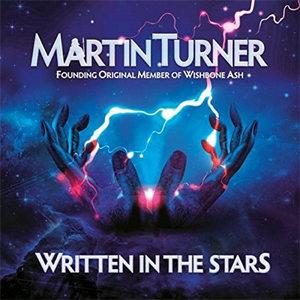 Martin Turner – Written in the Stars
Jeez, this guy is busy. Turner is a former (yet founding) member of Wishbone Ash, a good 70s band that didn’t shift a lot of units stateside. But Written in the Stars is solid rock very much in the vein of that group’s minor-classic, Argus. Well-produced with good songs, it’s worth a spin. In recent months Turner has essentially flooded the market with two other releases: New Live Dates: The Complete Set, a repackaging of a pair of albums released a decade ago; and Life Begins, a 2CD+1DVD set (also live) that features a reading of Argus in its entirety. 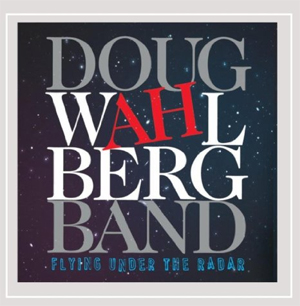 Doug Wahlberg Band – Flying Under the Radar
Here’s another example of truth in labeling: while guitarist Wahlberg and his band have played with a long string of second-tier rockers (Foreigner, Eddie Money, et. al.) you’re probably like me in that you’ve never heard of him or his fellow players on this disc. And while this album came out months ago, on Spotify, its tunes have all received less than 1000 spins. But his music is good in a melodic, album-rock kind of way. There are plenty of tired lyrical phrases here (“shelter from the storm” indeed) but if you like Eddie Money, you might dig this too. 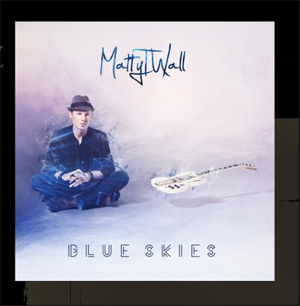 MattyT.Wall – Blue Skies
When a song starts off with the sound of a motorcycle revving, you can pretty well be sure it won’t be followed by a sensitive singer/songwriter. MattyT.Wall (that seems to be how he spells it, without spaces) makes guitar rock that owes a debit to ZZ Top, but with a slightly more Chicago-fied aesthetic (the city, not the group, thank heavens). The songs stomp along propelled by an assured rhythm section, and the Australian Wall’s guitar and vocals. He’s a fine guitarist with personality; the arrangements keep the focus on his best assets. His choices of covers are good, too.