James McCartney: Keeping His Guard Up

It can’t be easy being the musician son of one of the world’s most famous and beloved musicians. It’s not like other pursuits in which a privileged kid can simply step into running the old man’s business. When it comes to music, everyone is judged on his or her own merits; nobody much cares who your dad is.

That seems to suit James McCartney just fine; in fact, interviewers are cautioned beforehand against asking questions about his family. He prefers to focus on his music. 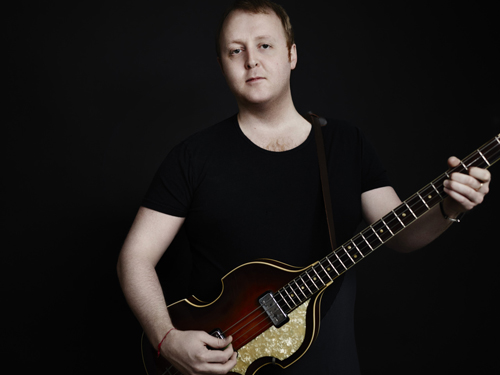 Like his father (who was in a Liverpool, England rock band from 1959 to 1969), James is a multi-instrumentalist. And like his dad, he’s a bit on the guarded side when it comes to answering journalists’ questions: asked who plays on The Blackberry Train besides Dhani Harrison (son of another famous Liverpool musician), he merely recites the names of the musicians; nothing more.

Most of my answers get similar replies; though the 38-year-old McCartney started his recording career some six years ago, doing interviews doesn’t seem to be one of his favorite activities. Asked about how working with Steve Albini on The Blackberry Train differed from self-producing his earlier albums, he says: “Different person, different recording methods, different mics.” 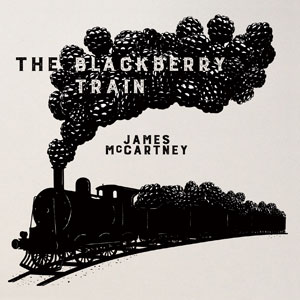 The songs on McCartney’s new album (released May 6) rock harder than on his previous record, 2013’s Me, or his 2011 release The Complete EP Collection. “I’m just trying to make music similar to what I like,” he explains. The music on The Blackberry Train displays McCartney’s knack for crafting a catchy, memorable tune. If there are clear influences in his music, they might include the Stone Roses and Radiohead.

McCartney writes his songs on a variety of instruments; he brightens noticeably when the subject turns to playing those instruments. “I find it easier to play guitar; I’m not as good at piano,” he says. “I find piano a bit more serious, in a way; it’s a whole different thing, isn’t it?” When he points out that writing songs on bass is “a bit difficult,” he doesn’t seem to be making a joke.

That guarded demeanor returns quickly when I ask McCartney about the upcoming tour. The Blackberry Train features full-band rock instrumentation plus a string section on some tracks, but the tour – more than 45 gigs in 49 days – is billed as a solo performance. Asked to elaborate, he offers, “Well, people will see on the night, won’t they?”

He’s equally cagey about his plans after the tour. The next step? “I wouldn’t want to say, really,” he tells me. “Because none of that’s been planned, and even if it has … I’ll be doing stuff. But nothing planned.”

Meanwhile, James McCartney has a tour to think about, in support of the quite good album The Blackberry Train. And he does seem to be – guardedly, of course – looking forward to it. “It’s just one of those things, y’know? You just have to do it, and there’s a methodology which gets me through it. But loads of people do it, don’t they? I think it’s cool, man. It’s a luxury, an honor. It’s gonna be great, really.”