When singer, songwriter and multi-instrumentalist Eliot Sumner began her recording career, she used the name I Blame Coco for her project. That choice was based at least in part upon her desire not to trade on her famous name. As the daughter of bassist Gordon Sumner (that’s Sting to you and me) and actor Trudy Styler, Sumner wanted to be measured on her own musical merits. She was sensitive to suggestions that nepotism played a part in her getting a record deal. 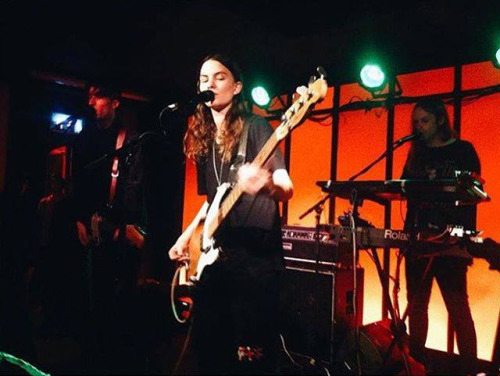 That was then; this is now. On her latest album, Information, the now more self-assured Sumner proudly goes by her given name. “I’ll always be in this shadow,” she admits, pausing and then adding, “Well, for now, anyway. But I don’t see a problem with it; I just get on with my job, turn up and play music.”

Information has been receiving near-unanimous critical praise. “This is the album I was always supposed to make,” Sumner says. She’s less enthusiastic about The Constant, the 2010 album she made fronting I Blame Coco. “I wasn’t very happy with it,” she says. “I wanted to distance myself from it.”

Sumner has moved past The Constant‘s pop-leaning sounds and into darker textures influenced by krautrock, a largely synthesizer-driven style that came about in 1970s Germany. “I think it’s more natural for me to write darker songs with moodier textures,” Sumner says. She can relate more to those qualities. “Positivity seems very two-dimensional to me; I like to explore the darker end of things.” 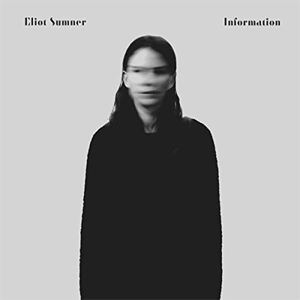 The songs on Information – most notably “After Dark” and “What Good Could Ever Come of This” – still have plenty of hooks that can attract and hold the attention of listeners. But Sumner says that isn’t a conscious goal of her songwriting. “I don’t tend to think about that too much,” she says; Sumner does her best to avoid writing to a formula. She does concede that composing catchy melodies is “a natural way of writing traditional pop songs.”

One of the defining characteristics of krautrock is “motorik,” its mechanical, almost hypnotic beat. That attribute is what drew Sumner to the style that influences her work. She credits Information‘s producer Duncan Mills for introducing her to the joys of krautrock. “He opened the door to that world for me,” she says. “And you can get lost in it, because there’s so much to discover.”

Sumner believes that the structured aesthetic of krautrock is a positive influence on her songwriting. “Before Duncan got involved, my song structures were really, really obscure,” she says. “They kind of went off into total chaos.” She describes the finished songs as “maybe a little more accessible, but at the same time still obscure.”

Information has its lighter moments, too. “Halfway to Hell” draws its inspiration and vibe from a completely different place, sounding like an updated pastiche of Slade, Gary Glitter and other early 70s British glam rock acts. Sumner says that the tune is “the least serious one on the record. It’s a little more tongue-in-cheek.”

Though Sumner plays many instruments (she’s often photographed playing electric bass, her father’s instrument of choice), keyboards are the centerpiece of her newer songs. She experiments extensively on modular synthesizers, and says that a favorite activity is “going into a room and fooling around with synthesizers all day. It’s great fun.”

Though she’s largely a self-taught musician, Eliot Sumner credits her musical development to interaction with other players. “That’s the best way to learn, when you’re put in a room with other people who play. You just write songs and jam for hours. That’s education for me.”