“We just used the ‘throwing darts at the internet’ method for getting our music out there,” says Rachael Price, lead vocalist of Boston-based foursome Lake Street Dive. Their low-budget video of the group covering The Jackson Five‘s “I Want You Back” became a viral sensation in 2013; to date the clip has gotten more than 3.8 million views. “We didn’t have any specific designs on ‘I Want You Back.’ It wasn’t like we thought, ‘This is the one that’s going to work better than the others.’” 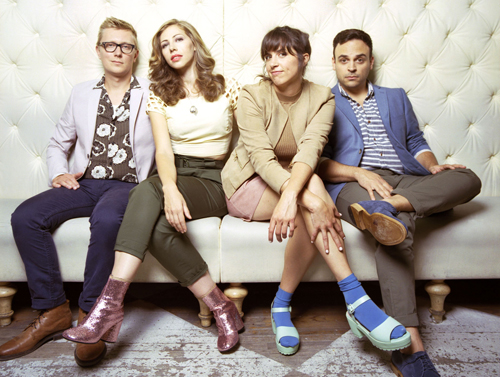 Price says that video clip, featuring a very stripped-down arrangement of the song, “was just one of the many videos we were throwing up there.” The group had already recognized the potential of YouTube. “We came out of the era of seeing music videos on MTV, ones that were highly produced,” she says. “And all of a sudden there was this medium where absolutely anybody could upload videos. And I think that our video’s rawness – that lack of production – actually worked to our advantage.”

Though together nearly a decade at that point, Lake Street Dive was caught by surprise by the video’s success. The group had previously made other low-budget videos that were well-received. “People obviously seemed to like them,” Price says. “And we thought, ‘Well, we don’t have to do anything; all we have to do is set up a shitty camera, play the song and put it online!’ And that’s what we did.”

Things quickly took off from there. The year that followed the video’s release found Lake Street Dive working a busy touring schedule. “Then we performed at a concert called Another Day, Another Time,” Price recalls. “It was a live show that the Coen brothers produced for Showtime.” The bill included Joan Baez, the Punch Brothers, Dave Rawlings, Patti Smith and Jack White among others. 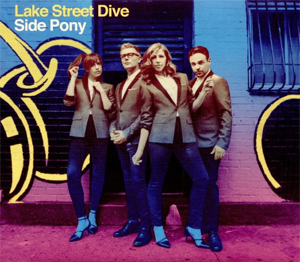 “It was really random how we got asked to be on the show,” Price says. “It didn’t make any sense, because we were completely obscure. And we got an amazing response that night. That was sort of what broke us in the business. Every publication was there; every record label was there.” Price believes that exposure opened a lot of doors for Lake Street Dive.

After making six largely self-produced albums for smaller labels, the group signed with Warner subsidiary Nonesuch Records and recorded 2016’s Side Pony in Nashville with producer Dave Cobb. Side Pony sessions were the first time the group worked with what Price describes as a “hands-on producer. He was always in the room with us; he was re-arranging the songs with us, and offering new ideas.”

Price notes that the group’s internal democratic process – all four members write – could sometimes slow things down in the studio. “So it was really nice to have an extra set of ears, somebody who’d say, ‘No, just go do it. Just go play.’ That was great.”

The group is unusual in the pop idiom: Mike “McDuck” Olsen‘s trumpet is central to Lake Street Dive’s sound. “That wasn’t planned from the beginning,” Price says. “We didn’t ask ourselves, ‘How can we be different?’ It was simply the instrument that McDuck played.” In fact, trumpet was Olson’s only instrument when he formed the group in 2004. “A year or two later, he started learning guitar specifically for the band,” Price says.

All four members of Lake Street Dive – Price, Olson, Bridget Kearney and Mike Calabrese – come from a jazz background. “That is the music that we studied, and we definitely attribute it to the spirit in which we play,” says Price. “It’s a living, breathing style that does get into modern popular music in ways that people can’t necessarily detect. And I think that is in our music.”

But Lake Street Dive doesn’t play jazz; they make upbeat, exuberant music designed to make listeners dance. “As soon as we realized that we made songs that made people dance even a little bit,” says Price, “we were like, ‘Full speed ahead!’ That’s what we want: we want people to move.”