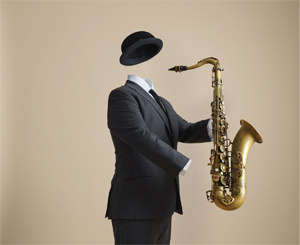 Dan Pratt – Hymn for the Happy Man
Pratt plays alto and tenor sax, backed by a piano/bass/drums ensemble; bassist Christian McBride is the most high-profile member of the group. The set is varied, featuring challenging numbers like “Gross Blues” and more straight-ahead offerings such as the piano-centric “New Day.” The album’s longest piece, “River” is also its most atmospheric and contemplative. It’s also perhaps the best track. “Speak Low” is occasionally reminiscent of Dave Brubeck‘s deft combinations of classical and jazz. While the more intense numbers are fascinating, this aggregation seems at its best when the players go for subtlety, as they do on the title track. 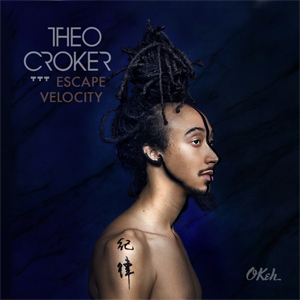 Theo Croker – Escape Velocity
If you’re the kind of listener who was disappointed when the fusion movement petered out and dissolved into soft jazz, then you owe it to yourself to check out this disc. The spoken word intro might conjure memories of Nat Adderley‘s early 1970s Soul Zodiac, and there’s a vaguely Bitches Brew-flavored aesthetic at work throughout. But the whole affair sounds decidedly modern and forward-looking. Escape Velocity is informed by many genres: jazz, of course, but rock, reggae and hip hop too; Croker has a strong sense of melody that keeps things rooted in accessibility while still creating an ambitious work. 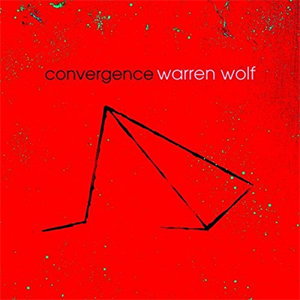 Warren Wolf – Convergence
Wolf’s buttery vibes and marimba work are guaranteed ear candy, and here he’s aided and abetted by a group that includes bassist Christian McBride and (on two tracks) guitarist John Scofield. The eleven tracks are very melody-forward; while there’s no great exploration happening here, Convergence is perhaps more consistently enjoying than any recently-released jazz album I’ve had the occasion to hear. The album is assured and thrilling in its low-key sort of way, and while it rewards close, intent listening, it makes tasty background music too. The grooves are often deeper and more soulful than they initially appear to be. 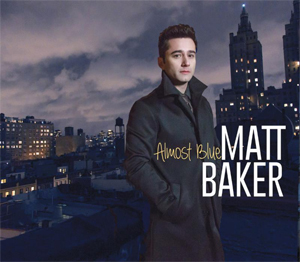 Matt Baker – Almost Blue
Australian jazz pianist Baker relocated to New York City in 2010, to swim with “the big fishes,” as the liner notes say. This set is greatly influenced by Baker’s love of Herbie Hancock, but the tunes themselves are primarily from the Great American Songbook. Joel Frahm‘s sax often takes the spotlight, but Baker’s assured and nimble piano playing is always present. Two very different readings of “Theme from The Apartment” are among the highlights, and Baker sings a romantic version of Brian Wilson‘s “Wouldn’t It Be Nice.” “The End of a Love Affair” is the disc’s most effective track overall. 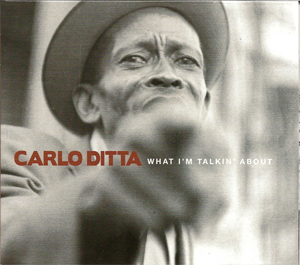 Carlo Ditta – What I’m Talkin’ About
This disc is difficult to classify: sometimes it’s gritty, greasy soul jazz, featuring guitarist/vocalist Ditta backed by a funk band, highlighted by some sexy flute that recalls Herbie Mann. Other times it feels like New Orleans jazz/blues. The production aesthetic is decidedly odd, with certain elements (often Ditta’s voice and/or guitar) far too out-front in the mix; it’s almost as if they skipped the mastering step in production. That makes What I’m Talkin’ About an unnecessarily difficult listen. It’s varied and intriguing throughout, but requires much of the listener. Be warned that this album often sounds quite like a bootleg.