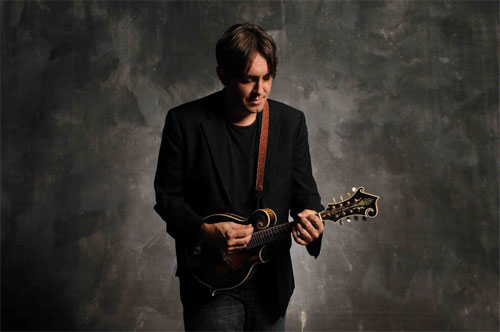 Singer/songwriter Jeff Austin came to fame as a founding vocalist and mandolinist in the Yonder Mountain String Band, with whom he played for nearly 16 years. Austin left the  group in 2014, citing a reason more often associated with scandal-plagued politicians: a desire to spend more time with family.

But in Austin’s case, he actually meant it: At present, he and his partner live in Black Hawk CO — which prides itself on being the state’s least populous city — with their two young daughters, and another on the way. Even so, he still finds time to make new music and tour with his own band.

What Austin doesn’t have time for is being signed to a record label. Though his most recent album, 2015’s The Simple Truth, was released on Yep Roc, he’s no longer with that label. “I spent a lot of years being managed by people, being on record labels, this and that,” he says. “And I have a great desire right now to be in control of where my own destiny takes me.”He makes a point of praising Yep Roc as a label that is supportive of hard-to-pigeonhole artists. “They definitely allow an artist to be whatever they want to be,” he says. “I have absolutely nothing negative at all to say about them.”

Austin describes his (generally characterized as amicable) decision to leave the band he started as “just a natural progression to the next phase of what lies ahead.” Family life, meanwhile, has proven to be an ongoing source of inspiration and encouragement. “I see the way my kids react to music, and how they view it when I play. And it gives me a different kind of joy, a different kind of motivation. It’s a really unique perspective watching them,” he says. “They embrace it.”

While The Simple Truth was an eclectic grab-bag of styles, his next project promises to be more thematically unified. Though Austin doesn’t “want to give too much away” in advance of its release, he does share some details about the four-song EP. “I’m a big fan of old comic books like Tales from the Crypt,” says the musician, “and I have these songs that are kind of creepy murder ballads.” Working with artist Johnny Sampson, Austin came up with a concept that ties the cover art and music together. “When I told him about it, and we went back and forth with this idea that has a comic book vibe to it, he thought it could work,” Austin says. “It’s going to be more than just a little four-song ‘small record,'” he promises. “It’s going to be way more than that.”

An edited version of this feature appeared in the Colorado Springs Independent.