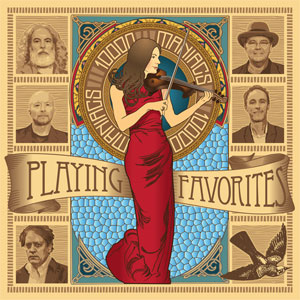 I spent more than a quarter-century in Atlanta. The middle period of that era included my high school and college years, and during the latter, I was somewhat actively involved in the local music scene, albeit as a second-string level keyboard player in a band that did mostly covers. But I knew people.

Not famous people, you understand, but people who were plugged in to the more serious music scene, serious defined here as [a] bands with a record deal (The Producers, Georgia Satellites), [b] right on the verge of getting one (Indigo Girls), or [c] groups without a deal but well-deserved of getting one (LMNOP). Bumping into Mike Mills in the audience at 688 wasn’t an unusual occurrence.

Among the more tastemaker-leaning members of that scene, there was some buzz about a group that had recently moved to town. They were called 10,000 Maniacs. The name alone intrigued me; I figured that any band that named itself (albeit loosely) after a Herschell Gordon Lewis splatter-exploito film must be pretty cool. Not having heard them at this point, I figured their sound might be a bit on the aggressive side.

As anyone who’s ever actually, y’know, heard 10,000 Maniacs can easily attest, “aggressive” is not among the adjectives reasonably applied to the group. Breezy, pleasant tunes with a rather slick sheen, 10,000 Maniacs made catchy, memorable music that was…nice. They most assuredly Did Not Rock™, but they made music that (as we used to say in less enlightened times) your girlfriend probably liked.

Things didn’t really work out for the band in Atlanta. Word was that they came to town because someone told them there were plenty of gigs. There weren’t – at least not for them – and they soon decamped to their original home base in upstate New York.

(A quick aside: at almost the exact same time, a Nebraskan a mere few months my junior moved from his home to Athens, Georgia – a mere 70 miles east of Atlanta – for reasons that at least in part were similar to the ones that brought 10,000 Maniacs to my city. R.E.M., The B-52’s, Pylon and other bands were blowing up in the vibrant music scene of that college town. I didn’t know Matthew Sweet either, but I bought — and kinda dug — the EP that his band Oh-OK released in 1983. Sweet soon left Georgia as well. There’s a parallel and larger lesson there, but I’m not sure what it is.)

By the time 10,000 Maniacs first got to Atlanta, they had brought young Natalie Merchant on board as lead vocalist. When I first knew of them, Merchant was decidedly not the focus of the band. Lead singer, yes; leader, no. As the years wore on, they hit it big, and I couldn’t help but notice that the record company – as record companies do – seemed to be grooming Merchant for solo stardom. So it came as no surprise to me when she quit, solo contract in hand, months after the group’s high-profile MTV Unplugged date.

Again, I didn’t know any of the band members personally – though I suspect I met them in their Atlanta days – but I felt hurt on their behalf; they had worked hard to get where they were, and once success hit, off went their lead singer. To be honest, I more or less assumed that they broke up not long thereafter.

As it turns out, they didn’t, though the next album (Love Among the Ruins) wouldn’t appear until 1997. It reached the lower rungs of the Billboard 200 album chart, which is to say that its existence went unknown by, well, most everybody. And that’s unfortunate, because the group had found a more than suitable replacement for Merchant in Mary Ramsey. While the vocalist/violinist/viola player sounds almost uncannily like Merchant when she sings, she has a lot more to offer musically. Ramsey sings lead on all of the 10,000 Maniacs’ post-Merchant studio albums.

The group did release a live disc to commemorate their 25th(!) anniversary in 2006; Ramsey was on hand, but in this case only to play violin. Happily, a new live set, Playing Favorites, features Ramsey back on lead vocals, with longtime member John Lombardo back in the fold as well.

As its title suggests, the set list on Playing Favorites leans toward the band’s most well-known material; nine of the disc’s fourteen tracks have a Merchant co-credit for composition, and one of the two covers – Patti Smith and Bruce Springsteen‘s “Because the Night” has long been associated with 10,000 Maniacs’ Merchant era. But what’s most interesting about those other tunes is just how seamlessly they fit into a set alongside the group’s 1982-’93 songs. That quality is a testament to just how much of the group’s overall sound was truly a function of the group. It convinces me that my very early measure of the band way back in their Atlanta days was spot-on: Merchant was important, to be sure, but she was never the musical glue that somehow held 10,000 Maniacs together.

I’m glad they continued. And if you like any of their music – from any era – even a little bit, you’ll surely enjoy this flawlessly-recorded, meticulously-played live set recorded in September 2014 in front of a hometown crowd in Jamestown NY. Auxiliary players (most notably backing vocalist Melanie Luciano) fill in the fiddly bits to present a very likable set of Just Like the Record music. A cover of Roxy Music‘s “More Than This” feels right at home with the group’s original material.

There’s never been a proper career-spanning best-of compilation of 10,000 Maniacs music, but Playing Favorites fills that space well enough. And if you’re at all like me, you probably won’t even miss Natalie Merchant.