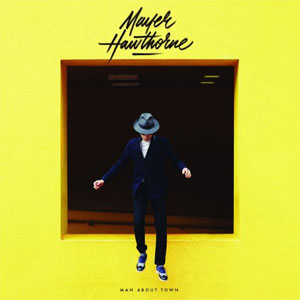 File next to: Marvin Gaye, The Dramatics, Fitz and the Tantrums

On his 2009 debut, Detroiter Mayer Hawthorne showed just how developed an artist he was; that album – wholly realized on a laptop – was an effective pastiche of classic soul and r&b. The highlight of Hawthorne’s résumé up to that point was his membership in underground hip-hop collectives Athletic Mic League and Now On; that fact made A Strange Arragement all the more amazing. Since that time, he’s made three more albums, an EP and a pair of side projects. Along the way, Hawthorne dabbled in a kind of more mainstream pop. But with Man About Town, he’s returned to the retro-soulful approach that won him plaudits. His romantic, upbeat and generally optimistic point of view shines through on the disc’s ten songs, and in his own way, this accomplished vocalist/musician is turning out timeless soul that synthesizes his influences into pop for modern audiences.