The Sonics: Still Going for the Throat (Part 1) 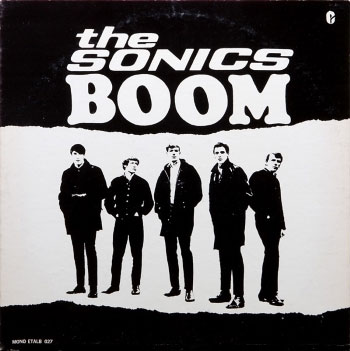 “We sometimes get questions in interviews,” saxophonist Rob Lind says with a chuckle. “Well-meaning questions. People ask, ‘So when did you guys in The Sonics decide to invent garage rock?’ We never sat down and scratched our heads and said, ‘Hey! I’ve got an idea: let’s invent garage rock! It’s just the way we played.”

In the 1960s, The Sonics were part of the rough and hard-edged rock scene of the United States’ Pacific Northwest. Along with The Wailers (aka The Fabulous Wailers, most assuredly not to be confused with Bob Marley‘s group), The Frantics and Paul Revere and the Raiders, The Sonics served up some of the nastiest, most aggressive rock of the era. The Pacific Northwest was, in those days, still somewhat isolated from the rest of the country, so the scene didn’t extend far and wide. Most of the Northwest bands didn’t make the big time; the one that really did (Raiders) succeeded in no small part because they relocated to Los Angeles.

But the music that The Sonics made might not have quite caught on nationally anyway; it was arguably too raw for the masses, presaging punk by a good few years. And long before The Stooges decided to add a saxophone to their lineup (for their landmark Funhouse LP), plenty of rough and ready rockers had used sax players to good effect. The Sonics were at the forefront of that movement; the squawking saxophone fit well into their straightforward, hard-charging songs. The titles alone give an idea of the group’s metier: “The Witch,” “Psycho,” “Strychnine.” These guys weren’t about gentleness and light.

Formed in Tacoma WA in 1960, The Sonics would release three albums during their heyday: Here Are the Sonics (1965), Boom (1966) and the confusingly-titled Introducing the Sonics in 1967 on a (relatively) larger label, Jerden. The group effectively broke up sometime around the release of that third LP, though they did mount a few reunions in the 1970s.

Thanks to renewed interest in garage rock of the 1960s – most notably in the form of the various Nuggets compilations – keen modern-day listeners discovered The Sonics all over again in the 21st century. A Cavestomp reunion in 2004 reunited most of the original lineup. But more recently, Light in the Attic put together a box set called 50, bringing together those first two LPs, a disc of rarities, and other goodies in a lavish package.

Even more tantalizingly, the group re-entered the studio and made a new album that – quite uncharacteristically for such endeavors – truly evoked the spirit of what The Sonics did fifty years earlier. This is the Sonics really does pick up right about where the group left off in the mid 1960s. 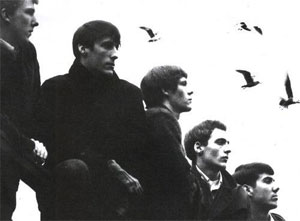 And if all that weren’t enough, The Sonics decided to go on tour. When I spoke to original member Rob Lind in March 2016, he was on board the band’s tour bus, headed from some or another city to some other city. The group had been discovered(!) by Robert Plant – a 1960s music aficionado if there ever was one; he’s often named Moby Grape and Love as some of his favorite acts – and invited to join his tour as the opening act.

Lind and I spoke in connection with a feature I had planned to write, a piece that would preview the Asheville NC date on their then-upcoming headlining tour. Billed as Little Steven‘s Underground Garage Tour, the show would also include younger, like-minded artists on the bill: The Woggles and Barrence Whitfield and the Savages.

Unfortunately, about a month after our conversation – but still some weeks before the scheduled date – the entire tour was canceled. Conflicting and confusing statements abounded, but one thing was clear: no tour. There were mutterings about a rescheduled tour to come, but certainly nothing definite. Days later, The Sonics issued something of a clarification, explaining that they had not been behind the cancellation. Things got more confusing, and as of this writing, the only additional bit of information that has surfaced is that vocalist Gerry Roslie will no longer perform with the group, and guitarist Larry Parypa may make selected dates (both intend to be involved in any future studio work, however). I reached out to the band’s publicists in hope of getting the straight story – they had been quite helpful in getting the interview scheduled – but received no reply.

In addition to the disappointment I (like many other fans) felt at the lost opportunity to see the Sonics live onstage, I now had an interview “in the can” but no market for a preview feature: no show, no preview. But my conversation with Rob Lind was too good not to share.

One popular theory holds that back in the 1960s The Sonics drew inspiration more from r&b than rock ‘n’ roll. “Well…yes…maybe, a little bit,” Lind says, clearly not completely sold on the assertion. “Let me give you a little background.” He sets the scene: a young band started in Tacoma, some thirty miles south of Seattle. “The two cities are totally different,” Lind explains. “Tacoma is a blue-collar port town, and Seattle is a big, cosmopolitan city. Our dads were all blue collar guys.” Lind characterizes the Seattle sound of that era as “jazzier, swingier. Down in Tacoma, we were harder edged.” He illustrates the contrast between the two in a way that those in England might appreciate: “the difference between Liverpool and London.” 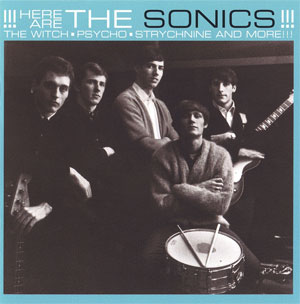 “Down in Tacoma, we wanted to rock,” Lind says. “We wanted to play hard. That’s the way we all played individually. So when you put us together, that’s the way we sounded. At the time we just loved people like Little Richard and Jerry Lee Lewis. We were playing ‘Bama Lama Bama Lou’ and ‘Lucille’ and ‘Whole Lotta Shakin’ Goin’ On.’” The band was often booked for dances that required three full sets of music. “In those days, it was dances, not concerts like you have now. So we did play some r&b, but it was the same kind of stuff. We’d play ‘Think,’ and Little Willie John. And ‘Let’s Go, Let’s Go, Let’s Go.” Anything that rocked.”

Thing changed a bit when the British Invasion hit in 1964. “We leached out all the rock stuff,” Lind recalls. “For instance, we never tried to play any of the ‘pretty’ Beatles songs. But we did do ‘Drive My Car’ and Larry Williams‘ ‘Slow Down.’ We scoffed at the pretty stuff; we thought it was really lightweight.”

Lind recalls that keeping the energy going was a fundamental goal of the band. “Gerry Roslie used to hate it when people would just stand there,” he says. “We’d be playing at a roller rink or something, and people would filter in. They’d stand there with their arms folded, staring at us. So we decided early on, the heck with that. We would just come out blasting.” He disdainfully describes how some other bands might start a set: “They just come out and start with a jam or something,” he sneers, “maybe do a sound check.” Not The Sonics. “We came out from the get-go: Boom! Blasting. We were dedicated to making dance music. And the way to do that was to go for the throat.”

Moreover, Lind hastens to add, “That’s exactly what we do now. Our first song is ‘Cinderella,’ and we come right out with a blast. But we developed that when we were 17 or 18 years old.”