Home  »  avant-garde • classical • interview   »   Roomful of Teeth: Putting Music Where Their Mouths Are

Roomful of Teeth: Putting Music Where Their Mouths Are

“It’s all about the voice,” says Brad Wells, founder of Grammy Award-winning Roomful of Teeth, a nine-person modern classical vocal ensemble dedicated to “min[ing] the expressive potential of the human voice.” Through use of a wide array of supremely challenging and/or obscure vocal techniques, the group creates a sound like nothing else.

“Pretty much all of us [in the group] come from a choral music tradition,” says Wells. And while classical choral music sometimes adds instruments, Roomful of Teeth records and performs unaccompanied. “A guiding principle of the project is [to highlight] what’s possible with the human voice in creating a ‘mixed martial arts’ instrument from a group of singers, where different styles are available to composers at the same time and place,” Wells says. 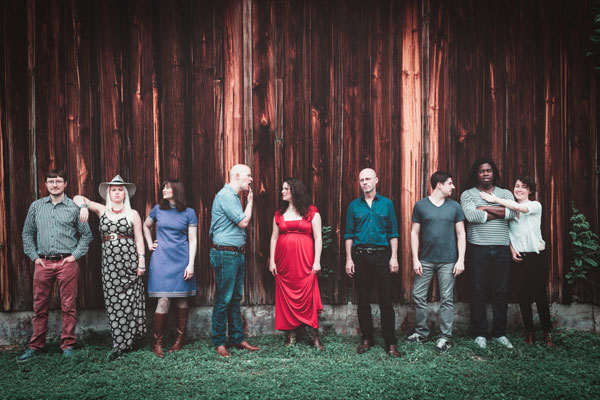 The group studies and employs Tuvan throat singing, Hindustani music, yodeling and many other exotic – and historically important – vocal styles to create their sound. The ensemble’s repertoire is built wholly on original material and commissioned works from celebrated composers. Wells says that when working with Roomful of Teeth, those composers have a wide palette with which to work. “They don’t have to cut and paste; they can just hear what somebody [in the group] can do, and transform it into their own compositional language.”

Ensemble member Caroline Shaw was awarded the 2013 Pulitzer Prize for Music for her Partita for 8 Voices, featured on the group’s self-titled 2012 debut album. The Partita is also a favorite in the ensemble’s live set. Wells says that awards and critical acclaim have certainly increased the ensemble’s visibility, which he says “results in more performances, more people interested in programming the group, and more interest or openness from composers of note.” 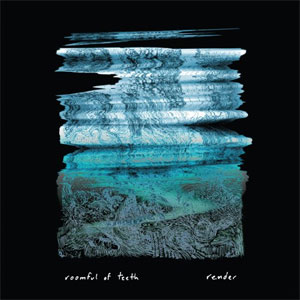 Current and upcoming projects will find the vocalists working with names as diverse as Julia Wolf (another Pulitzer winner), the Seattle Symphony and The National‘s Bryce Dessner. Such projects “establish that this group is out there doing interesting music,” says Wells.

Roomful of Teeth’s second release, 2015’s Render, is highlighted by composer Missy Mazzoli‘s “Vesper Sparrow.” Arguably, one need not understand the song’s lyrics to experience the power and transcendence of the work. “My sense of that piece,” observes Wells, “is that there are so few lyrics – they come in and out in a kind of dreamy way – that if you catch all of the words or none of the words, the spirit of the piece should still work.” Along with Caleb Burhans‘ work “Beneath” and other pieces, Mazzoli’s “Vesper Sparrow” is on the group’s current set list.

“The idea of inventive repertoire choices is a through-line with our programming,” says Free Range Asheville’s Executive Director Estelle Woodward Arnal. The local organization describes its brief as providing “a platform for research and discourse where local, national, and international artists can engage and collaborate in performance and laboratory settings with other artists and organizations.” Recent programming sponsored by Free Range Asheville included performances by The Knights chamber orchestra, an entry in the Creative Thinker series, and a performance by The Tesla Quartet.

“We fell in love with Roomful of Teeth years ago,” says Jeff Arnal, FRA’s Artistic Director. “They are otherworldly. We all have a voice, breath and a resonating chamber – our body – and we all have experienced vocal music before, but Roomful of Teeth explodes the idea of voice and vocal forms.”

While serious about its art, Roomful of Teeth has wide appeal, a quality sometimes in short supply where classical repertoire is involved. Wells recalls a recent concert for a group of Westminster Choir College students. “There was an energy in the room that was more ‘rock concert’ than you’d get with a string quartet or an early music ensemble: shouting, whooping and yelling and cheering, and at times when you wouldn’t necessarily expect it. We love the looser approach, and I think that’s something in the demeanor of the group.”