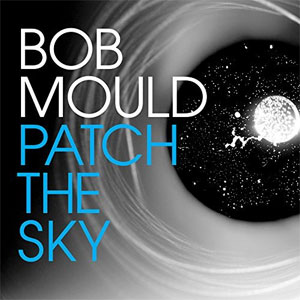 Bob Mould is that rarest of creatures: a songwriter who can write impassioned, heartfelt lyrics, wrap them inside ear-candy melodies, and deliver them with the instrumental force of hardcore punk. The former Hüsker Dü frontman’s skillful merging of those disparate qualities has led to his status as a kind of all-things-to-all-people artist. On Patch the Sky, the midtempo “Voices in My Head” and the speedier “The End of Things” should please listeners who demand guitars set on stun as well as those who insist on top-notch melodic quotient. Mould has a particular knack for crafting skewed vocal harmonies by overdubbing his own voice in the studio; those voicings really shouldn’t work, but somehow do. Mould’s 11th studio album proves he can still writes songs of angst and despair and then serve them up in the catchiest, rocking-est manner possible