Margaret Glaspy Moves Up to the Majors 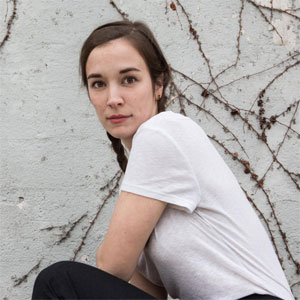 “I think that human experience is pretty universal,” says guitarist Margaret Glaspy. “So whether I’m writing objectively or writing from my own point of view, it applies to pretty much everyone. As humans, I think we just inject our lives into whatever we’re working on. But as a songwriter, I like to write pretty objectively, and then – in a kind of roundabout way – my personal life becomes a part of it. But I very rarely start a song thinking, ‘this is about a particular thing that happened in my life.’ Often it starts with chords or a guitar figure. And then as I start plugging lyrics in, it evolves. And by the time it’s almost done, it informs me about my life. It starts objectively and then wraps back around.”

Glaspy grew up in Red Bluff, a small (population 14,000) town in northern California. “I had school band, like a lot of people are lucky to have when they’re young,” Glaspy says. “That’s where the trombone came in.” While in elementary school, she also took part in a newly-launched fiddle program. “School programs were really integral in my starting to play music’” Glaspy says. By the time she was a teenager, she had picked up the guitar as well. “ That really hit home. I knew that singing and songwriting were what I was going to do.”

Her childhood was filled with music. “We grew up with several guitars in our house. They were just lying around; anybody could pick one up and play it.” She says that anyone in her family could have played music professionally. “I’m not special in my family; my family is full of musicians.”

Glaspy won a grant allowing her to attend the prestigious Berklee College of Music. But the funds only provided for one semester. “Honestly, I feel like I was there for four years, because a lot that happened there. And I learned a lot being around musicians,” she says. “Class was great, but it was mostly the people and the experience of moving across the country and pushing myself.” She discovered that she was part of a community. “I was surrounded by all these talented people. And it pushed me; it kicked my butt, for sure.”

Emotions and Math (out June 17 on ATO Records) is Glaspy’s first full-length, but she’s no newcomer to recording. Glaspy has years of experience making home demos. “When the opportunity came to make a record with ATO, I had done so much home recording that I had homed in on what direction I wanted to go, what kind of record I wanted to make,” she says. “It was kind of a no-brainer that I was going to produce it, and I knew exactly how I wanted to do it. Most of the production techniques have just come from trial and error, working at home a lot, a lot, a lot.”

Margaret Glaspy has toured as a vocalist with many other artists, but the current tour is her first major outing under her own name. “A couple more rounds, and I think I’ll be pretty at home with it,” she laughs. “But life-wise and trajectory-wise, this is what it’s all been pointing toward. It’s pretty natural.”

An edited version of this feature was published in the Colorado Springs Independent.