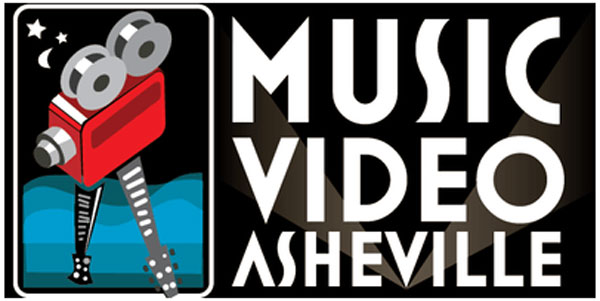 As organizer Kelly Denson explained near the end of the evening’s program, Music Video Asheville began nine years ago and has grown steadily every year. This year’s award ceremony (held Wednesday, April 14) once again made clear the bounty of local talent that exists in and around Asheville. 25 videos competed in several categories, and every one reminded the near-capacity crowd just how many talented people work locally in songwriting, music, design, direction, lighting, cinematography, and most any other audiovisual and arts capacity one might call to mind.

The videos screened at the Diana Wortham Theatre showcased music videos in a wide array of styles: Americana, hip-hop, bluegrass, country, pop, singer/songwriter, hard rock, bro-country, funk/soul, art-pop, and more. Perhaps the only genres not represented among the entries were EDM and jazz.

Oddly, among the videos in competition, rock was under-represented, with only two entries; though otherwise unrelated, the videos from those two acts (Leopard Island and Kinjac) shared occult themes. Though both clips received a warm reception from the audience, neither received a nomination in any of the competition’s categories.

Yo Mama’s Big Fat Booty Band‘s kinetic “24/7,” Posh Hammer‘s confusing yet cinematic “Absolutely Everyone” and Jon Stickley Trio‘s intriguing “Point to Point” video received the most nominations. While Stickley’s video was the breakout winner of the evening (see full results below), YMBFBB went away empty-handed.

From my perspective, two music videos rose above the rest, though neither the judges nor the crowd agreed. The Yo Mama’s Big Fat Booty Band clip had extremely high production values and better sound than most. And while The Honeycutters‘ “Jukebox” was an absolute delight both visually and aurally, the clip – filmed at Black Mountain’s famed Town Pump and featuring an amusing cameo by local music/business icon Don Talley – didn’t win in any category.

Apparently, the judges looked past the slightly cutesy and homespun nature of Ten Cent Poetry‘s “Night Time Moonshine,” instead focusing on the fact that – unlike most other productions, and to the credit of creator Chelsea LaBate – the stop-motion video was completely the work of one person.

While a small number of the videos were on the amateurish side – one featured so much camera movement as to nearly bring on nausea – taken as a whole, the level of professionalism on all levels was nothing short of staggering.

The videos were judged in six categories: soundtrack, editing, cinematography, visual design, costume design, and Judges’ Choice. Attendees who brought their cell phones could vote in the “People’s Choice” category. Seemingly, the entire large and boisterous cast of one particular video was in attendance; their numbers suggested that they would win the People’s Choice Prize by default. Things didn’t work out that way: that $500 prize went to the Jon Stickley Trio.

The video presentations were bookended by musical performances from Posh Hammer (including a superb tribute to David Bowie) and The Get Right Band (including an obvious yet appropriate reading of The Buggles‘ “Video Killed the Radio Star”) were excellent and warmly received.

The evening wasn’t without its missteps: some technical glitches slowed the pace of the awards program, and some ill-conceived, poorly executed and too-long-by-half “comedy” banter between some of the presenters threatened to lose the audience’s attention. But toward the end the organizers tightened things up.

Organizers promise that next year’s event – the Awards’ tenth anniversary – will be an even bigger deal. On the basis of the talent on display at the 9th Music Video Asheville awards, that’s an ambitious goal.