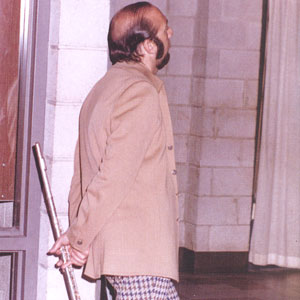 “In the ‘60s, Herbie Mann wanted to appeal to younger audiences,” observes Cary Ginell, author of several books including The Evolution of Mann: Herbie Mann and the Flute in Jazz. “And the way to do that was through rock ’n’ roll. He always enjoyed challenging his audiences and thumbing his nose at his critics, and when he got a hold of Sonny Sharrock, he did that and more. He was really deliberately antagonizing people by getting the most ‘out’ Hendrix-styled guitarist he could find, and letting him have at it.”

Ginell notes that “Herbie never told his musicians what to play; he figured they knew what they were all about. Sharrock was the first of a run of musicians Herbie hired who stepped out of the jazz mainstream and played from another perspective.”

Live at the Whisky 1969: The Unreleased Masters puts the exciting, adventurous side of Herbie Mann’s music on full display. “I think this album – for those who are paying attention – is going to establish Herbie more in that Miles Davis camp of groundbreaking progressive jazz,” says Pat Thomas. “That’s a part of his legacy that doesn’t get into the history books, because most people think of him as a sort of pop-jazz hack.”

“Obviously there were points in his career when they did take him seriously,” says Thomas. “But I think that the more casual jazz fans certainly didn’t like the more pop aspects of his work; by the mid 1970s, he went very pop. And then there are these people – I call ’em jazz Nazis – who always tell me that soul-jazz and funk-jazz are not jazz. ‘Oh, Les McCann? That’s not jazz!’ And Herbie Mann gets tossed in that pool.”

Ginell agrees, noting that “critics never liked Herbie, possibly because he got tired of playing the pigeonhole game. They liked him when he played straight-ahead jazz, and then when he ventured into Afro Cuban jazz. But as soon as he started having crossover success, they started accusing him of selling out.”

Ginell points out that in the 1960s, Mann “started recording covers of songs on the pop charts — things by the Beatles, Donovan, etc. — and that alienated him further from the intelligentsia. Crossover success has never been popular among jazz critics,” he says. “They’ve always wanted jazz to themselves; anyone who is successful is accused of selling out.” 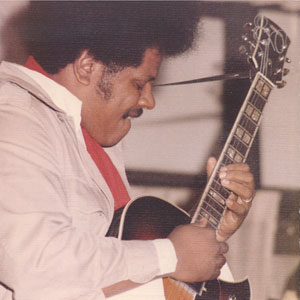 Mann’s abilities as a musician are underrated, too, according to Ginell. His research turned up what he calls “mixed messages on how Herbie was viewed as a musician. Some, like vibraphonist Dave Pike, thought Herbie was a phony with limited talent. [Vibraphonist] Terry Gibbs told me he thought Herbie was a terrible musician. Personally, I don’t see it,” Ginell says. “He had great chops, an excellent rhythmic and melodic sensibility, but could get bogged down in simplistic patterns. Herbie was all about excitement, though, and knew how to be a showman. That was his strength.”

That, and putting together excellent bands, and reaching beyond the confines of his genre. “I think he has been vastly underrated as a musician who expanded jazz’s horizons, most notably in mixing jazz with world music,” says Ginell. “Herbie’s efforts helped call attention to jazz among young listeners. He always had his ear to the ground to see about the new styles of music that were coming into vogue and what young people were listening to.”

Ginell observes that “styles always change, and Herbie never wanted to be pigeonholed or forced to play just one kind of music. For that, purists called him a commercial sellout. He refused to play their game. They wanted him to play straight ahead bebop forever, but he abandoned that in the late ‘50s.”

Herbie Mann was “the first American to record with Brazilian musicians,” says Ginell. “He used integrated bands with musicians from other countries, he experimented with Japanese, Eastern European, and other musical areas that other jazz musicians wouldn’t touch. He was curious and was a musical explorer. But,” Ginell concludes, “he never gets credit for these things. because he was always looking at music with a commercial eye.” 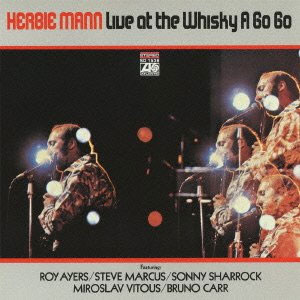 For those who appreciate Herbie Mann’s music, there’s even more on the way. “I just put together a collection of Herbie Mann seven-inch singles for Varese,” says Thomas. “There are some incredible non-LP funk singles in that collection. There’s no release date for that yet; probably late this year or 2017. It’ll be all over the map, because it’s going to have ‘Hijack’ on it along with some pop stuff, but it’s also going to have a funk single circa 1970 that had a rapper over the top of it! That’s something that the fan will want to chew on.”

Pat Thomas says, “I think Live at the Whisky 1969: The Unreleased Masters will help set the record straight. I think people will be pleasantly surprised, for sure.” He smiles and adds, “Projects like this are what get me out of bed in the morning; this is what it’s all about.”

Herbie Mann’s Live at the Whisky 1969: The Unreleased Masters is available from Real Gone Music.

An edited version of this feature appeared previously (and under a different title) on BLURT, where I’m Jazz Desk Editor. — bk