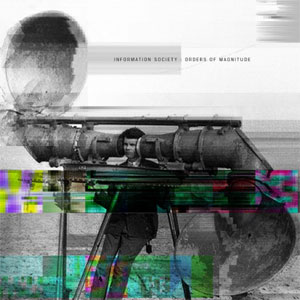 Listeners can be forgiven for thinking that Information Society are an early 1980s synth outfit from the UK; there’s an unmistakable air of early MTV-era electronic dance pop to all of their tunes. So it might come as some surprise to learn that the group (essentially a large collective built around the trio of Paul Robb, Kurt Harland Larson and James Cassidy) is all-American and based in Minneapolis. After a run of four albums in the period 1988-1997, Information Society largely went inactive for a decade, and then again until 2014. Their latest, *Orders of Magnitude, is a compilation focusing on eleven of their knowing covers of classic tunes from some of their heroes, including DEVO, Gary Numan, Heaven 17, and even Disney composers the Sherman Brothers. Their remake of “Beautiful World” is a highlight, and features DEVO’s Gerald V. Casale.